read.cash is a platform where you could earn money (total earned by users so far: $ 195,477.25). You could get tips for writing articles and comments, which are paid in Bitcoin Cash (BCH) cryptocurrency, which can be spent on the Internet or converted to your local money.

Let me tell you about one little experiment that we're working on. A lot of new authors on read.cash complain that it's pretty hard to get a paid upvote. And that's true.

We want to try to change that situation.

To support our users we created what we call "the read.cash fund".

It's not a fund in the traditional sense, but rather a collective initiative where each participant agrees to pay read.cash authors some amount daily.

The fund exists only in the browsers of donors (we are not holding donors money, their browsers do). Since they always control their money, they can cancel their pledge at any time.

Which also means that the payments are done only when donors come online.

If you believe in Bitcoin Cash you can pledge some amount to support the active users of read.cash and thereby bring more people to the world of Bitcoin Cash. Our fund has sponsored thousands of users.

For active users of read.cash it means that every article, every comment, every upvote, nearly every action that you do on read.cash, gets you a chance to get a little bit from the fund.

The fund is then distributed via TheRandomRewarder as detailed in this article.

This means that those with money can support more authors than they previously could with upvotes. We hope to support hundreds to thousands of users with the fund. Nothing prevents it from supporting millions of users if it's successful though.

The goal of the fund is to help real authors and the users who are genuinely doing something valuable (publishing interesting information, leading interesting discussions), not those who think they are being paid per any mindlessly typed character.

Note: we won't be taking any fees from the fund usage. 100% goes directly to the people you support.

We will spend the fund according to our own internal schedule, trying to keep enough in the fund to pay authors for at least next year.

Why should I pledge any Bitcoin Cash to the fund?

Well, the more people get to use Bitcoin Cash, the more popular it gets, bringing more economic freedom and equality to the world.

If you need a more personal reason: bringing people to Bitcoin Cash (and that's what read.cash does) not only creates awareness, but also the demand for Bitcoin Cash, which in turn increases the price. Wink-wink. 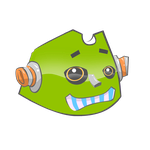 Sponsors of Read.Cash
empty
empty
Become a sponsor
Get sponsored

Written by
Read.Cash
Read.Cash
4179
Talking head of read.cash
8 months ago (Last updated: 3 months ago)
In community: Read.Cash(f4d8)
Topics: read.cash
Enjoyed this article?  Earn Bitcoin Cash by sharing it! Explain
...and you will also help the author collect more tips.