What is read.cash? / FAQ

read.cash is a platform where you can publish content (articles with images and videos) and earn Bitcoin Cash cryptocurrency (ticker: BCH) for doing so. If a reader likes your content - he or she can upvote your post by sending some amount of Bitcoin Cash (BCH) to your online wallet.

After you sign up we will automatically create a Bitcoin Cash wallet that will exist just in your browser. No need to download or install anything.

Useful read: How to actually make money blogging (on read.cash or anywhere)

If you are a writer or creator of any kind - write an article about something interesting, add images and video - anyone who upvotes your post will send you Bitcoin Cash to your online wallet and you can use it buy stuff (like any gift cards via eGifter, book hotels and airline tickets with Travala or exchange it to any other money using local.bitcoin.com).

There are many more uses and reasons to have Bitcoin Cash. You can also use Coinbase to reliably convert your BCH to USD or EUR. Use the "Send your Bitcoin Cash" from top-right menu to send your money to any of those services, you can even send to BTC wallet (using our sideshift.ai integration).

If you are most interested in getting paid, but don't know what to write about - here are a few ideas.

Support your favorite authors with crypto as a reader

If you are a reader, you can support the authors you like by sending them money via the upvote button. 90% goes to the author, 10% goes to read.cash to support the development and promotion of the platform.

Fair warning: read.cash is a very young project (born October 2019), so we lack quite a few things (see our Roadmap) and there might be bugs that affect your Bitcoin Cash, so don't expect miracles (yet) and don't keep more than $5-$10 in your online wallet. You've been warned.

Why do I see USD amounts if you tell me that my wallet is in Bitcoin Cash?

You have only Bitcoin Cash on read.cash. We don't have anything in US dollars here. All amounts you see are Bitcoin Cash, but to make site more user-friendly we display amounts in US$ at current exchange rate, which you can see here or at many other sites.

Until BCH stabilizes it's still going to be very hard to think in terms of 1 BCH.

That's why we display the amounts converted to USD equivalent at the time you see them. But that leads us to some weird situations, like...

Are posts stored on-chain? Is this site censorship-resistant?

No, the posts are stored in a regular database, the only on-chain thing we do is peer-to-peer upvote payments. These are done on-chain and censorship resistant.

As for the site: no, it's not censorship-resistant. Our goal is to help creators get paid for their work, not fighting censorship. We don't like censorship, but it's just not the scope of this project.

Read the "Reason 2" in "Why don't we publish articles on-chain" for more extensive explanation about censorship-resistance.

What can I publish on read.cash?

We strive to build a place with great content to read and watch, where authors can be compensated by their readers, not the place with never-ending fights or spam.

We don't yet have a set of fixed rules, so just keep the site clean. The rule of thumb: if you are uncomfortable printing out your article in big print along with all pictures and hanging it on your front door - don't publish it.

Do I need to give my real name?

If you are using it to post different content in different topics - sure, why not. If you are trying to make it look like many people agree on something, when in reality - it's just you - that might get you banned.

I have re-installed my browser and my money is gone! I remember you've said something about seed words, but I lost/didn't write them. Can you help?

No, as we told in the introduction after you signed up - your "seed words" were the keys to your Bitcoin Cash and if you lost them - nobody would be able to help you. The access to that money is gone forever, nobody can use it now. Like we told you: Write down your seed words and don't tell them to anyone, only use them to restore access to your money.

How can I use my seed words backup to access Bitcoin Cash?

You can import the seed words into Bitcoin.com wallet. (See the tutorial)

Is Bitcoin Cash a scam? Are you funded by Roger Ver?

As for the "scam" part. Bitcoin (BTC) and Bitcoin Cash (BCH) are different projects - everybody understands this now. The scam accusations were always targeted at the use of the name "Bitcoin" in name, but for us - it makes sense. People wanted bigger blocks in Bitcoin, but Bitcoin's developers didn't and they split off from the Bitcoin (BTC) to make another coin that they named Bitcoin Cash (BCH).

Actually, this project (at least as of October 2019) uses the free service rest.bitcoin.com to do the on-chain transactions. Free for us, not free for Roger Ver's bitcoin.com (so, he kind of subsidizes the development of many things related to Bitcoin Cash, not just ours).

Why Bitcoin Cash (BCH)? Why not Bitcoin (BTC)?

Bitcoin (BTC) has high, unpredictable fees by design. Yes, by design. The fee to send Bitcoin reached $50 in December 2017. That's for simple transactions. Complex ones could have costed upwards of $1000.

Some of the proponents of Bitcoin (BTC) claim that something like $100 fee per transaction is not just ok, but great!

The main problem, though, is that when Bitcoin (BTC) usage grows - this fee skyrockets. This is an unacceptable risk for us. We want Bitcoin to grow, but not at the expense of $50/transaction. It's not the same with Bitcoin Cash (BCH) - the fee there is more or less constant. It will grow if the price of BCH increases, but not as dramatically.

And the developers made it a point to keep the fees under 1 cent.

Also check this out: What's so great about Bitcoin Cash?

Who is behind this project?

Send an email to hello@read.cash or via Reddit - send a message to u/readcash. We also have a public reddit for discussions at r/readcash.

How can I donate to further the development?

Upvote this article or write another article (about anything) and upvote it yourself. 100% of such upvote goes to us. Upvote the articles of other people and 10% goes to us. 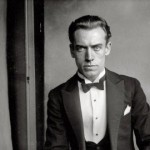 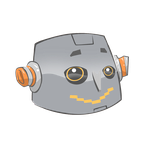 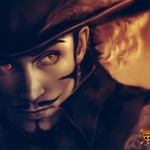 Written by
Read.Cash
Read.Cash
Banned   1549
Talking head of read.cash
9 months ago (Last updated: 2 weeks ago)
Enjoyed this article?  Earn Bitcoin Cash by sharing it! Explain
...and you will also help the author collect more tips.