read.cash is a platform where you could earn money (total earned by users so far: $ 199,024.48). You could get tips for writing articles and comments, which are paid in Bitcoin Cash (BCH) cryptocurrency, which can be spent on the Internet or converted to your local money.

The scheduled upgrade for Bitcoin Cash (BCH) incumbent implementation, Bitcoin ABC, on November 15th, 2020 will include a new coinbase rule, redirecting 8% of mined BCH to fund protocol development. For once and all, major debates and objections will finally get a chance to settle. Potentially, ABC will then have resources going forward, ushering in a new era of developer professionalism. Or, Bitcoin Cash Node (BCHN), the contingent leading a break from ABC, developing its own rival client without the new rule, will either replace the incumbent or have its own coin (depending on how things shake out, the same might be said for ABC in losing the ticker). Whatever the case, a grand experiment in peer-to-peer electronic cash is taking place.

At present, however, it looks like the end for ABC and its lead developer Amaury Séchet.

BCHN and its supporters gathered what amounts to a lion's share of notable BCH projects, miners (as opposed to mining pools), influencers, and developers. More recently, mining pools such as Binance, Huobi, BTC.Top, Hashpipe, P2Pool, F2Pool, Easy2Mine, and Bitcoin.com have all begun signalling support for BCHN.

I've dismissively labeled current goings-on as the Bitcoin Cash Civil War because, quite honestly, there doesn't seem to be much of a war when looking at the two sides. It's Séchet against "the community." Some war! This thing is over before it started. What makes up the outward face of BCH has simply left ABC and Séchet in the digital dust.

The most well-known Bitcoin Cash evangelist, Roger Ver (founder of Bitcoin.com), appealed to those in support of the new coinbase rule and ABC to take their talents to projects like Dash, which has something approximating the setup loosely hinted at by Séchet and ABC (I don't think so, but it's a good point). Oof. There's the door, ABC supporters, you're welcome to use it. We're moving on. Fair enough.

A seemingly damning post about Séchet's real motives and plans was also recently published, complete with screenshots eerily admitting what looks to be a rather cynical play: incentives have all but forced ABC and Séchet's hand to take the chance at coding-in redirection of BCH's block reward ... even if that means effectively crushing the coin's speculative price short or long term and alienating the Bitcoin Cash "community."

A betting person would surely insist I back figures I've long admired such as Ver and those who make up BCHN. I'd be foolish to go against what is rather incredible momentum. The BCH "community" has rarely been this united about anything.

Honestly, my opinion on Séchet and ABC have been evolving over the last few months. The late January roll out of the now infamous Infrastructure Funding Plan for Bitcoin Cash (IFP) was an utter abortion. I held my nose and wrote about the IFP as it was marketed, refusing to tip my hand as to personal feelings one way or the other.

I hated it. It was sloppily conceived, dark, sudden, and began to immediately fall apart. Authors of the IFP soon bailed completely or turned against Séchet and ABC, and the lack of emotional intelligence and diplomacy by ABC managed to alienate good, good people.

My dislike of the IFP hardened, in fact, over the next few months as it was tweaked and ultimately abandoned. It was wonderful to see BCHN emerge from accusations of whining and complaining, and for projects like Flipstarter to prove voluntary funding is viable in new and innovative ways. The BCHN lot is impressive and inspiring.

Leaving the wonderful CoinSpice (where I was Editor-in-Chief) allowed me time to reflect. I no longer had to pretend at objectivity. The IFP at that point was done, gone, over. Or so I thought. I had a suspicion, as did most BCHN folks, it would reemerge at some point, but I was still surprised at the August 6, 2020 announcement by ABC and Séchet.

It'd be easy to blame the IFP and its resulting split of the BCH "community" on CoinSpice's demise, but that's not fair. I will say the IFP certainly didn't help matters. Though I personally was against it, BCHN folks were sure I was pumping Séchet and ABC and their ill-fated IFP designs.

The truth was much more nuanced. CoinSpice divided as a team, but no one on the staff knew my opinion. To their credit, no one at CoinSpice ever asked. I made it a point to just document the controversy as it unfolded. Again, until very recently, I was against the IFP and felt the BCHN uprising was healthy and very necessary.

The time away also allowed me to go back and re-listen to the many interviews I conducted with Amaury Séchet over the years. I remembered controversies always surrounding him, fights with literally everyone in Bitcoin Cash who was anyone. He seemed to pick them for no good reason.

It was infuriating, I remember. So much to do! And here we were, back at square one, debating and meta-debating. Drove me insane. The overwhelming consensus was Séchet could not get along with a single soul. The months that followed as the IFP limped along only added to that notion.

Yet here we were, he and I, episode after episode, having pleasant conversations about the BCH house being on fire. Even when he and Ver were battling, and I confessed my affection and loyalty to Ver, Séchet would quietly laugh and explain how there was much to like about Roger.

Uncomfortable and Yet Heartened

It never seemed personal for Séchet. I came away with the idea he was building peer-to-peer electronic cash as best he could but was having trouble, to put it mildly, finding a cadre to assist him in the ways he desired. It became clear Bitcoin Cash was, essentially, his project.

That made me immediately uncomfortable and yet oddly heartened. Cries of centralization, CSW or Core-like attributes, are common when Séchet's influence on BCH protocol development is considered. That's understandable, but what I kept coming back to is how Séchet has a track record.

Everything he's doing now he could've done at various points, but did not. By some accounts, major movers and shakers as far back as 2018 were privately pushing early versions of an IFP. Yet Séchet plodded along, pleading and urging something be done about losing great developer talent due to funding.

And Séchet cannot take credit for any BCH success without also assuming blame for its many, many stumbles. During our interviews, he admitted as much. He also flatly explained to me Bitcoin Cash had all but lost the battle in any hope for competing with BTC (its original reason for being). He seems to believe too many missteps were made ahead of him, too many gaffes, resources squandered on new-new things rather than taking care of infrastructure.

BCHN folks will point out Séchet's stubbornness has all but killed BCH and that funding is plentiful and willing with the right team. That seems relatively true, but that's not Séchet's point. Raising a million bucks, give or take, at the whim of a few BCH whales, who might or might not be around for the longer term, is no way to run P2P electronic cash for the world, he would argue.

Only One Way to Find Out Who is Right

The debate is over. Now it's time to test all these theories and arguments in the wild. It's time for Séchet to direct the ABC team and protocol overtly as he sees fit, guiding the BCH protocol layer along with resources he claims to need if mining pools are so inclined.

Mining pools and miners and can opt-out and decide they're not keen. ABC could very well be skunked and sunk into oblivion, leaving Séchet a petty boss on a misfit coin island -- content to yell things in French to himself.

I believe, however, exchanges will ultimately stay with ABC and Séchet, and, as such, miners will follow along for no other reason than profit. There's little attention paid to BCH as a rule outside of the Bitcoin Cash "community," and, frankly, exchanges do not have time to deal with infighting. ABC is solid. ABC works. They'll continue to refer to it until basic economics tempts otherwise.

After November 15, 2020 BCHN will do its thing as a drop-in ABC replacement, and might even continue to innovate if they don't fork themselves off in the process. While a great many BCHN supporters will indeed drop from Bitcoin Cash altogether out of disgust or feelings of betrayal should ABC remain the BCH reference client, those with vested interests will eventually see the wisdom, however reluctantly, in Séchet's new coinbase rule.

ABC will remain the reference client for Bitcoin Cash and will thrive in the years to come as a result. The new coinbase rule will be scrutinized across the ecosystem as a daring way to fund protocol development, and funds collected will flow to a foundation-like arrangement which will set new standards for transparency among miners and pools who participate.

Séchet, in my experience, is honest to a fault. He doesn't hide. He's blunt. He's direct. He's ballsy. He's tough to get along with and won't allow anyone to touch BCH at the protocol level without severe tests, filters. I like that.

My Guess is Not

His passion is not up for a vote. He clearly has no truck in being popular. That might be exactly what Bitcoin Cash needs in its next phase. In 87 days, observers will get a sense of whether I am right. I am willing to concede BCHN could grab the ticker and convince miners and mining pools to bail on ABC. That's not horrible, but I think it's short sighted.

In that case, Bitcoin Cash begins anew, anew. They won't have Séchet to blame much longer after, and maybe rifts can heal and unheard of levels of developer cooperation can be had ... voluntary funding leading the way. Crypto kumbaya.

My guess is not. I frankly doubt anyone has Séchet's will to sustain BCH when things get hot, when there's conflict, when there's a dramatic drop in price. Séchet has been there, steadfast and consistent (even if you believe he's wrongheaded), and he can, via the new coinbase rule, recruit dev talent confident enough, well paid enough, to understand his vision and stomach his standards.

BCH needs a shaking out. It needs a new way. That can for sure mean losing some wonderful people and even the great Bitcoin.com. But, I cannot see BCH without Séchet's encyclopedic knowledge of the project and steel will. I've watched it from afar, I've seen it up close, I've heard and read the criticisms (all valid), and I understand the grave moral objections BCHN folks have to the ABC and Séchet path (BCHN are principled folk). Taking it all into account, I wish the BCHN super-duper-duper majority well. My bet is on Séchet and ABC. 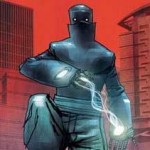 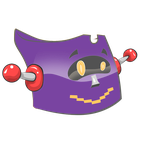 Written by
CoinFugazi
CoinFugazi
91
No One Understands Crypto
4 months ago
Enjoyed this article?  Earn Bitcoin Cash by sharing it! Explain
...and you will also help the author collect more tips.