IFP will kill the creativity, devotion as well as the productivity.

With his creativity, he gave the solution for the world's biggest problem, sooner or later a large number of the world's population will adopt it as their solution for eliminating the third party and controlling their own money.

As what @RogerVer said, "Bitcoin is the most important invention in the history of the world since the Internet."

After the fork, I always believed that BCH will be the true version of Satoshi no matter what other Leaders say about him. Hence, no one can deny the truth that because of him, all of us are here as a community, no matter which cryptocurrency you support, it was all started with Satoshi's white paper.

Satoshi foresees the 1mb block problem and we got a word from him after he decided to limit the block size to 1 mb from free size. He said it twice that block size can be changed later if it is needed.

“We can phase in a change later if we get closer to needing it.”

He also said once,

It can start being in versions way ahead, so by the time it reaches that block number and goes into effect, the older versions that don't have it are already obsolete.

When we're near the cutoff block number, I can put an alert to old versions to make sure they know they have to upgrade.”

I always wonder with all this IFP drama; why Satoshi could not foresee a thing like IFP coming in near future not even in 2010 when BTC started to gain momentum. Why he favored Miners and left Developers who are the core of operation with nothing? And then, it hit me that if something like IFP was implemented on Blockchain, giving a share from every block to Developers, it would be a big loss to cause. It would kill the creativity, devotion as well as the productivity.

We also need to understand the difference between Miners and Devs. Miners are the business side of cryptos. They put their hash power to any network for profit. They have less to do with an ideology or creativeness than Devs. For better understanding, we need to look back at what happened to the fork in 2017, if there was IFP protocol implemented on BTC blockchain and great minds who were responsible for managing network were the part of a Top node, and that node was able to get a good amount of share from every block, then despite of many Devs supporting it, they would not raise their voices for it, because at this scenario, doing that move will only meant leaving a great income stream for an ideology. Fork will not happen only if IFP protocol was implemented.

In my own experience, once a human mind is polluted with greed, it will kill one's creativity. And fork would never have happened successfully like it is now. Try to apply this on dozens changes in past and you will realize that because of this single thing IFP which a lot of people considered as the right thing to do, this would only corrupt the whole network, as well as the Race of to be a top node, would be politicized and it will turn the whole system as corrupted.

We need to understand that Devs are the new generation of artist and artist is a free bird. If there would be something like IFP and a powerful node would be getting more share from it than one in many scenarios, A new and fresh Dev with a great idea, protocol or solution would never get support from the community, Rather he would be redirected to a powerful node that, “XYZ Node is getting a fair share from every block, you should contact them and they will support you."

What would you think about how things will work out?

For me, this is like centralization. Monopoly would be started only powerful node now have the power to decide what to do and what not to do. There would be a constant war between the most powerful node and second powerful node.

All dirty politics will be out for controlling the “Decentralized Currency”. New and fresh-minded Artistic Devs will be getting better and better offers from competing nodes, To follow the command and That would be End of the "Satoshi Revolution." 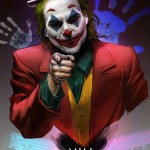 Sponsors of ralak
empty
Become a sponsor
Get sponsored

Written by
ralak
ralak
349
m
Bitcoin Cash House of Pakistan
1 month ago
Enjoyed this article?  Earn Bitcoin Cash by sharing it! Explain
...and you will also help the author collect more tips.

Experience of Random rewarder and Issue with affiliates in read.cash.
Websites & services where you can Use BCH |Updated (9th August 2020)
Update: (We have winners)Game is on win 30$ Now|First stage of Treasure Hunt.