read.cash is a platform where you could earn money (total earned by users so far: $ 171,808.79). You could get tips for writing articles and comments, which are paid in Bitcoin Cash (BCH) cryptocurrency, which can be spent on the Internet or converted to your local money.

Written by
AngryKoala
AngryKoala
178
Human rights fighter
2 months ago
In community: Share and Write Anything 💞📝(db04)

Breastfeeding in a public place in modern times causes a lot of controversy, although it is clear how healthy breastfeeding is for both the baby and the mother.

The basic criticism of breastfeeding in public is based on the fact that it is uncomfortable for the environment to see a naked breast natural, others are ashamed and afraid of the condemnation of society, which is still strong when it comes to breastfeeding in public. In some countries it is allowed, while in some it is strictly forbidden. In countries like America, Canada even prohibits discrimination against breastfeeding mothers in public by law.

You’ll probably think I’m exaggerating and that’s not really a problem. Most people think that it is the choice of the mother who can breastfeed in public or not, it can be covered while breastfeeding in public or not, the choice is up to the mother. The choice is up to the mother, but what will influence her decision is the environment in which she lives. A mother who has decided to breastfeed in public has to fight the established thoughts that have been present for years, she has to fight against herself and her upbringing.

We are mostly raised in such a way that we consider breasts inappropriate, dishonorable and an object that must be covered in any case so that no man would accidentally see them. And while you are breastfeeding in the middle of a crowded street, with a baby breastfeeding and enjoying, you are watching every passerby and waiting for the one who will say something to you, shout, look at you ugly. You hear your mother telling you to cover yourself, that what you are doing is inappropriate, to challenge men.

As I said at the beginning, the problem is in the society that raised us to look at some things the wrong way. Society and the media are the ones that influence our view of most things. From an upbringing that is crucial, from a Catholic environment that is conservative and sometimes very exclusive to a medium that has sexualized women’s breasts and turned them into an object that serves to meet men’s needs.

Support to all mothers and support to breastfeeding! You are all beautiful! 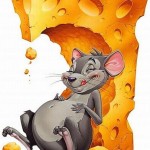 Sponsors of AngryKoala
empty
empty
Become a sponsor
Get sponsored

Written by
AngryKoala
AngryKoala
178
Human rights fighter
2 months ago
In community: Share and Write Anything 💞📝(db04)
Enjoyed this article?  Earn Bitcoin Cash by sharing it! Explain
...and you will also help the author collect more tips.

Social justice in school
What does LGBTQ means?
Does a child of the non-preferred gender have the right to live?