Over the last three years, there have been many calls to change the decision making process in Bitcoin Cash. It is an inconvenient secret that the current process is "Amaury makes the final decision on all protocol matters." Often, people are not happy with his decisions.

His behavior has indeed been questionable with regards to HOW he goes about finalizing these decisions; although I trust the actual technical portions of the decisions he has made. Yet, there are demands for change, and if there is a better way to make decisions it certainly deserves consideration and effective effort to put the mechanism in place. As Thomas Sowell has said, "compared to what?" Demanding a change in process, without a concrete plan is a waste of everyone's time and energy.

Yesterday, I challenged the Bitcoin Cash Cryptocurrency Network participants to produce proposals for a better governance mechanism. Jonathan Toomim took me up on that challenge on reddit to argue for Liquid Democracy. I'm responding through read.cash to elevate the discussion from being buried in a reddit comment thread, to a top level discussion because of how much attention I believe the topic warrants. I also invite any others who are dissatisfied, with the current process, to discuss any other proposals in the same way.

Toomim's arguments for Liquid Democracy are reproduce here for clarity. Italicized sentences are mine from a previous comment.

Liquid democracy is what happens between coins already.

Very good point, I hadn't quite realized that myself.
Ultimately, any governance system within a coin should be based on the same principles that govern success/failure for the resulting coins in the event of a chainsplit. Otherwise, if one party has a relative disadvantage in the within-coin governance system compared to the post-chainsplit inter-coin competition, then they'd have an incentive to split just to get their voice heard.

This is similar to governance among nations being determined in a similar fashion to the likely outcomes of a hypothetical war. The UN Security Council's five permanent members aren't chosen arbitrarily: they're all military superpowers with substantial nuclear arsenals. They're given a disproportionate voice because they would have a disproportionate effect on any armed conflict that occurred in defiance of their voice.

And why is this process better than the emergent one that is already taking place?

My response is as follows:

Ultimately, any governance system within a coin should be based on the same principles that govern success/failure for the resulting coins in the event of a chainsplit.

I don't agree with that. There are existential differences between how markets work and how software can be developed. In one situation a natural market can arise, in the other there is no mechanism to have a marketplace for "development" -- that is outside of paying effective labor (which is what is happening currently.)

Otherwise, if one party has a relative disadvantage in the within-coin governance system compared to the post-chainsplit inter-coin competition, then they'd have an incentive to split just to get their voice heard.

This is what I am trying to make clear. However, there is also a negative incentive of having to do a lot of work to make a fork, or new coin happen. Creating a fork or new coin is not trivial. It also causes a significant loss of network effect for both coins.

Right now it is clear that those people who want a change in leadership do not have enough incentive to actually carry out making that happen.

Better granularity. It allows for the same process that ultimately dictates the fate of entire projects to also be applied in an efficient and low-friction manner to decisions within a project.

Is this really true? There are a number of problems with implementing this process:

And finally, and most importantly, Liquid democracy does not obviate the problems which the current emergent process solves. Without doing so, there will never be an effective mechanism to move to a change in the mechanism ofdecision making.

I tried to discuss these reasons in a previous article. However, it seems as if it has been largely ignored by those who do wish to change power dynamics within Bitcoin Cash. 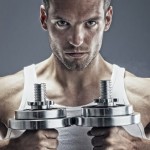 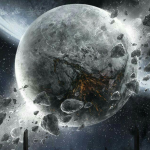 On Bitcoin Cash Development Funding
Taking back our identities
Announcing the Bitcoin Cash mêmé competition of 2020
boosted
Let's fish XRP - amazing facts!
We are slowly entering autumn and winter, it is the time of fishing hibernation in nature. Should we try online fishing? Did you know these amazing facts? The advantages of XRP over other cr...
10
8 27 $ 0.79 @varda42 2 min 17 hours ago
boosted
5 Beginner Mistakes in the Crypto World
Insecurity arises from mistakes made by users or failure to make decisions to manage funds properly. Removing third-party dependency means that users must be fully responsible for protecting...
22
13 138 @Alther 2 min 4 months ago