I know, I know... Bitcoin Cash has not much to write home about in terms of its financial performance over the last three years. Today, at $280, it's slightly less than the (more or less) $300 price Bitcoin Cash had when it was born.

Yet, for a long time I always believed in Bitcoin Cash's solid fundamentals:

Plus real world adoption starting in hotspots (Tokyo, Townsville, Slovenia). Bitcoin Cash has always had a lot going for it. But, a conflict has been brewing inside of Bitcoin Cash . It looks like we're headed for another contentious fork.

The pessimists will tell you that a fork is going to be terrible for the price like it was during the BCH/BSV split, where the total value for both coins was less than previous. This happens out of market uncertainty.

While this may happen to a degree, I think the present situation is more clear than BSV hashwar, which shook up markets so much that even BTC crashed.

To be honest, the one negative to BCH fundamentals that has been emerging lately, sorry to say, has been the leadership. Just my opinion.

It wasn't always that way, but increasingly, ABC was becoming a problem for some time, at least as early as the first IFP attempt, and certainly now at the second IFP attempt, which is the cause of the fork split.

The great news is that there are six other node implementations, several wallets, business, and many people and individuals who will be extremely happy to see a change in leadership, and that makes me quite bullish on Bitcoin Cash.

Given the miner signaling and the overwhelming signal from the ecosystem, I am predicting that Bitcoin ABC, with their "IFP", will not control the BCH protocol in November and will be forced onto a minority chain to implement their rule set.

But, all is not lost for ABC fans. They will be able to pursue their own vision, and they will no doubt add value to the wider crypto sphere in their own way. Maybe they will add an avalanche component or something else.

Regardless of whether I'm right about the branding, investors will get both sets of coins. The market will decide what to value. It just seems like it's one of those situations where the net after the split will be higher than before.

Like in the BTC/BCH split, each side will be free of the other obstructing them, and it's clear what each side wants and is getting. And like then, we're also now in a somewhat bullish market.

There will be two coins -- one that continues on as Bitcoin Cash as usual (but with an upgraded DAA), and ABC's version, which redirects 8% of the coinbase for development.

Now is a unique opportunity (before Nov 15th) to obtain both coins. 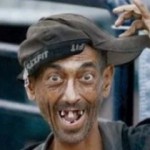 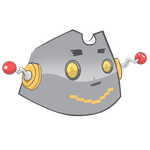 Written by
jonald_fyookball
jonald_fyookball
195
No bio yet...
2 months ago
Enjoyed this article?  Earn Bitcoin Cash by sharing it! Explain
...and you will also help the author collect more tips.