read.cash is a platform where you could earn money (total earned by users so far: $ 171,779.98). You could get tips for writing articles and comments, which are paid in Bitcoin Cash (BCH) cryptocurrency, which can be spent on the Internet or converted to your local money.

Marla's philosophy of life, she told me, is that she can die at any moment. The tragedy of her life is that she doesn't

Today, I will write something about Marla Singer, the only female character from Fight Club. As you already know, Fight Club (1999) is one of my favorite movies of all times, and in my opinion, it is in the 10 best movies ever made. And, on that list, of best 10 movies of all times, it takes high place among top 5 movies of all times. Now, seriously, this movie is amaizng, and if you watch it carefully, you can see many things in it. You can learn a lot, and the movie can help you to realize many things.

This movie is about everyday life, about people we are passing by on the street, people we are sitting next to while we are on the plane, women that we can meet in the laundry, on the therapy...

Ordinary people with their big tragedies, that seem so small to others, but to them, their tragedies are definitely the worst things ever.

EVERYONE HAS HIS OWN TRAGEDY!!!

Marla's tragedy is that she did not died. She was alive. Constantly. Every single moment could be her last one. But,was not. She was still alive.

On the other hand, Marla was very practical sometimes. She said some amaizng things in this movie. When I say amazing, I mean totally true! For example, here is one of her quotations that is great!

Condom is the glas slipper of our generation. You slip one on, when you meet a stranger. You dance all night... Than you throw it away. The condom, I mean, not a stranger.

If you ask me, you throw a stranger too. You do not get married, you do not get into a serious relationship. She is totally right. There are no balls anymore, no Cinderellas, no princes, no romantic, no anything what we got used to...

You meet a stranger, slip a condom on, so you do not get sick, dance all night, or better say, have sex with that stranger. In the morning, or in the midnight, or when you get tired, you throw it away. Condom. Stranger. Both.

No romantic, no true love, not even respect.

Our generation is messed up a lot. We lost the touch with things that are truly important. There are not people who are putting a lot of effort to get into a relationship with someone.

Things are changing all the time, and people are forced to accept some things as normal.

Marla is not strong enough to change those things. She is trying to be free, she is trying to be loved, to love, but she had no luck. She met the Narrator, actually his both sides. She is in love with Tyler, and Tyler is all she wants from a man, but Narrator hates him.

All those people are a mess. All of them have problems.

Marla's whole life is a problem.

It is cheaper than a movie, and there is a free coffee.

This is her explanation why she is going to the group therapy. She is not hoping that someone will help her there. She does not want to see that there is someone else with a same problem. She wants coffee, and she has no money. Coffee is one problem that can be solved, if she goes there. And, she solved that problem.

She is too pessimistic.

She does not want to live.

She is not strong enough to kill herself.

But, that someone is not Narrator. He is also pessimistic. He cannot help her. She cannot help him. They are not good for ecah other.

Is Tyler the one she needs?

In my opinion, either no. He is better option, but he is too free.

Someone, who is between them would be good for her.

Once she said to Narrator that he is not Dr. Jackile and Mr.Jackass. One of them, Tyler, is the one she loves, Mr. Jackass, Narrator, is the one who hates her. She is confused. Just confused.

What is your personal opinion about Marla?

Marla is free. Marla accpets life and things in it.

But, Marla is not happy.

Marla is not strong.

Marla needs someone to help her.

I cannot tell you what I think about Marla, because I do not have any strict opinion. She is good and bad, she is good example for some things. You need to learn how to accpet things in your life. But, you should not stop trying to change them if you do not like them. Bad things happen, that is normal, but you need to fight for good things.

What is your opinion about Marla?

Who is your favorite character from Fight Club?

Do you notice anything what you have similar to any character from this movie?

What is your philosophy? 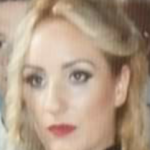 Written by
SuncicaZ
SuncicaZ
140
No bio yet...
1 month ago
Enjoyed this article?  Earn Bitcoin Cash by sharing it! Explain
...and you will also help the author collect more tips.

5 Signs That Will Show You That You Are Dealing With a Psychopath
Who Sells the Pill?
How Annoying is the Bad Internet Connection?