read.cash is a platform where you could earn money (total earned by users so far: $ 171,811.52). You could get tips for writing articles and comments, which are paid in Bitcoin Cash (BCH) cryptocurrency, which can be spent on the Internet or converted to your local money.

Live fast, die young, be wild and have fun.

I would love to talk a lil bit about the 'Club 27'. If you do not already know Club 27 is the group of famous people, who lived their lives on a way that is not usual, they were attracking attention to themselves, because they were not like all other people.

First one on this list is Brasilian musician from 19th century. This man was not a rock star, because during the time, when he was living and making his music, rock music was not existing and he just could not be a rock star.

HJe was a pianist, composer and conductor. He was very popular, because he was making brazilian folk music. Actually, his songs were a fusion between classic music, that was still very popular during that period, and some traditional rythm, and some folk elements. And,t hat is the proof that this man was much different from all the people that were living and making music during that period. This man was very popular, and he could be even more popular, but he died. He was born in 1864. and he died in 1892. reason why he died is not familiar to us.

Nest oneon this list is American blues guitarist, singer and songwriter. We do notrknow many things about this man. He was a mystery even while he was alive. It seems that he liked ot make music, he loved singing, he loved to play the guitar, but he gig not like the fame. It seems that he was trying to avodi fame. That is why he was not attentinf the events, he was not making big meetings, and all other tihngs that famous musicians are doing.

His movie was a legend, and because of that many people are not even sure that he was real. There is a movie, based on a story of his life, and movie is called Crossroads, and it was relesed in 1986. I am not sure, but I think that you can find this movie on the Internet.

He killed himself by using the poison, but there is not a information about that posion, we can not be sure which poison he used to kill himself.

Next person on this list is Brian Jones. He was the founder and original frontman of the rock band Rolling Stones. He was playing many instruments, and some of them are guitar, musical keyboard... but he was also playing some traditional instruments, and he was using that to make his music different and special. And, as all other people on this list, he was very special, and because of that he was very interesting to people who listened ot his music. Many people think that he is the main reason why Rolling Stones became popular. As the time was passing, group was more and more popular, and his 'friends' from the band wanted to take all the fame. That is one side of the story, other side says that he was doing drugs, and druigs were the reason why his role in the band was smaller and smaller.

He made the band, he gave them fame, and then he disappeared.

His career was going down, and os was his whole life. This genius died in 1969. You maybe think that he died from drugs, but that is not true. He drowned in the swimming pool in his house. Maybe he took some drugs before that, and maybe that is the reason why he was not able to get out of the pool.

Or as we all know him, Jimmy Hendrix.

Jimmy was guitarist, singer, innovator and a legend. This man is a symbol of rock music, and a symbol of playing the guitar. He was the best. He was famous, rich, everyone loved him! He head it all, and he could do it all!

But, unfortunately, Jimmy started to do drugs early, and leater, as his life was going on, he was taking more and more drugs. He was also mixing drugs with alcohol, and that was the main problem. He was very aggresive after using the mixture of drugs and he was doing very bad things. Even some of his best friends said that he was a monster after using alcohol and drugs!

He was born in 1942 and he died in 1942, at age of 27, a couple weeks before he turned 28. He died from consuming a lot of sleeping pills mixed with red wine. There are many theories about his death.

American rock and blues singer, song writer and producer. Also a symbol of 60s in America, symbol of freedom, symbol of music...

Her professional career lasted only four years, and during that period, she made many amazing songs that people still love nowadays. Janis was one of the best female singers ever, four years were enough for her to become a legend. To become a symbol. To become an idol.

Many singers that came after Janis tried to be like her, but, nobody can be even similar to her. She was one and only, she was special.

Magazing Rolling Stone has put Janis to the 46th placeof the 100 greatest arsitst of the all times, and on the 28th place of the 100 best female singers of all times.

Janis was a hippie, she was free, she was happy, she accepted life just as it was!

Jim was American singer, guitar player, songwirter and a poet bor in Australia. Jim was a symbol of one generation. Jim Morison and the Doors were among the most loved music groups of all times. Everyone wanted ot be Jim, to live like Jim, to look like Jim, to feel like Jim.

There is one verse in one Lana Del Rey's songs 'I'm living like Jim Morison'. To live like Jim is a life goal of many people.

The medical report says that he died from heart attack, but the autopsy was never done.

He was the frontman of the rock group Nirvana! We all know that this music group is very popular, and Kurt was also very famous mam. He had a problem with his fame, he could not handle all that, and that is how his falling started.

They had great influence to the m,usic in general, people all around the world loved him, and one day, he decided to stop all that.

He lost control over his life, and he was the first rock star who commited suicide.

Amy was English singer. She had very specific voice, and in her songs, that she was making by herself, she was mixing many genres. That is why she was very special.

Also, it seems to many people that Amy was also free, she was doing what she wanted and she was living how she wanted to live.

There are also some people who think that she also had many problems with fame, and that she was taking drugs because of that.

She was addicted to drugs and alcohol, and she died from taking too much of those.

As I said before, there are also many artists in this Club that are not famous all around the world.

Here in Serbia, hip-hop musician, Davor Bobic Moskri also died at the age of 27. he was doing drugs and he died from taking too much heroin.

Here in Serbia he was a symbol of one generation, his music was showing real problems. He was born in 1977. in Belgrade, and he was growing up during the 90s, and in Serbia those years were not the best period to grow up. Moskri was a symbol of generation that was growing up in that period. Symbol of people who decided not to be criminals, and people who had no money because of that.

He died from heroin, and in Serbia, herion is also called the 'drug for the poor people', because it is much cheaper that other drugs.

There is even a movie called 'Life by Mosrki' about this man. 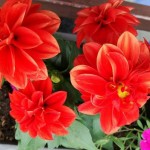 Written by
SuncicaZ
SuncicaZ
140
No bio yet...
1 month ago
Enjoyed this article?  Earn Bitcoin Cash by sharing it! Explain
...and you will also help the author collect more tips.

5 Signs That Will Show You That You Are Dealing With a Psychopath
Puberty ALWAYS Does it Right!
How Annoying is the Bad Internet Connection?