Top 10 best books of all time

Written by
Snezana28
Snezana28
187
No bio yet.My name is Snežana. I am from Serbia
3 weeks ago
In community: Open For All(cc80)

Choosing the best books of all time is a very thankless and difficult task. Norton (Norton Anthologies of English Literature) took on this task by asking the 125 greatest writers of today to write which, in their opinion, are the best books ever written.

"Anna Karenina" was considered the best work of realism, and Tolstoy himself said that it was his first real novel. Dostoevsky once declared this novel a true masterpiece.

At the time of its publication, this novel was the target of numerous attacks due to the explicit sexual scenes described in it. The plot deals with a doctor's wife, Emma Bovary, who tries to survive in a provincial setting by changing lovers.

The novel about Russian society during Napoleon was first published in 1865 in a Russian magazine. Many consider this book one of the best of all time and that is why it is on the third place in this ranking list.

"Lolita" was first written in English and published in 1955 in Paris. The book stands out from the others in its original style and controversial plot in which the main character is sexually obsessed with twelve-year-old Dolores Haze.

"The Adventures of Huckleberry Finn" is a book that is one of the best works of American literature and one of the best works in which the local language is used. The novel was written in the first person and is a real refreshment for the list as the only book written for young people who were among the ten best of all time.

It is no surprise that this book is on the list of the ten best of all time. The tragedy published between 1599 and 1601 is well known to all. The story takes place in Denmark, and it talks about the young prince's desire to take revenge on his uncle for his father's death.

The plot of this book revolves around a rich man whose life is filled with secrets. This is also one of Fitzgerald's best works.

The comments of the eighth place of this top list were different. Some consider it a masterpiece, while some emphasize the slowness of the action and the fact that it is difficult to read. This is Proust's most famous novel, which is recognizable by its length and notion of memory, an example of which can be the part where he described in great detail how he eats a cake called Madeleine.

Anton Chekhov is a Russian playwright and short story writer, born in Taganrog on January 29, 1860. Its characteristic consists in the technique of "flow of consciousness", which was later nurtured by Virginia Wolf and other modernists, renouncing the traditional structures of the story.

According to many writers, this novel is one of the most important books belonging to the Victorian era. It was written by George Eliot, pseudonym Mary Anne Evans, and was first published in 1871. The action takes place in 1830 in the fictional town of Middlemarch in England. 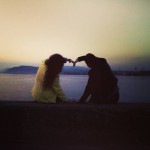 Written by
Snezana28
Snezana28
187
No bio yet.My name is Snežana. I am from Serbia
3 weeks ago
In community: Open For All(cc80)
Enjoyed this article?  Earn Bitcoin Cash by sharing it! Explain
...and you will also help the author collect more tips.

Genius and darkness
Empress of the steel hand!
For my soul!