For newcomers, the IFP is an Infrastructure Funding Plan proposed earlier this year to provide funding for selected Bitcoin Cash developers.

I have tried to avoid participating in the IFP discussions previously because I lack sufficient information to form an opinion about it. With future upgrades for Bitcoin Cash every 6 months, I think it is reasonable to believe that Bitcoin ABC will want to make it happen again. That thought prompted me to write this article.

With the IFP, Bitcoin Cash infrastructure will receive a significant sum of funding. The developers at Bitcoin ABC worked and they expect to be paid. The argument makes total sense and I can understand Bitcoin ABC's position.

On the other hand, the IFP comes with a bunch of trade offs and risks. Money don't come for free and usually there is a catch so I feel it is reasonable to explain some of these trade offs based on what I understood from the people against the IFP.

- The IFP (based on the proposal in May 2020) creates a perverse incentives structure. Once the IFP is activated, Bitcoin ABC receives plenty of money, whether they work 18 hours a day or they spend the full 6 months at the beach smoking weed, they still get paid the same amount of money. Some supporters of the IFP may argue that this is just a temporarily scheme but history is full of things that claimed to be temporary but turned out otherwise, for example https://www.youtube.com/watch?v=iRzr1QU6K1o&t=1m2s and video showing Amaury working for Blockstream.

- The IFP incentivizes kickbacks to miners and Bitcoin ABC, due to the mining competitive nature, whoever do not participate in such kickbacks will lose out. Such kickbacks have already happened in other cryptocurrencies with similar funding proposals to the IFP so we have evidence on that.

- The IFP is a massive change to the fundamentals of Bitcoin Cash, where people choose to participate on a voluntary basis, based on their passion or ideology, into one where people participate for the money and then leave the moment the money dries up.

- The IFP, based on the proposal in May 2020, is not transparent enough and is highly arbitrary to the control of Bitcoin ABC. The Bitcoin ABC of today may be benevolent, but this is a central point of capture and the Bitcoin ABC of tomorrow could well be malicious, if Bitcoin ABC is captured by any means. There may be some people who said that Amaury cannot be captured and I have considered this possibility. At the same time, I imagined if I am in control of BCH and the FBI comes to my house and say, "Give me the control or I will break your legs.". I think my response is likely to be, "Can I make you some coffee and some food perhaps while you guys wait for me to transfer the access to you?". In order for Bitcoin Cash to be resilient, we cannot afford to risk such a central point of failure.

In the end, I think whether one supports the IFP or not, depends on how they value certain trade offs in return for the benefits. 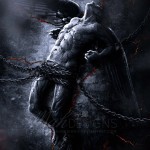 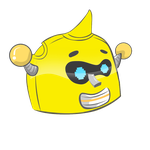 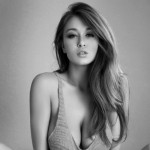 Written by
MobTwo
MobTwo
102
1BCH.com
1 month ago
Enjoyed this article?  Earn Bitcoin Cash by sharing it! Explain
...and you will also help the author collect more tips.

Treat The Cause, Not The Symptoms!
The world is not in a good place right now.
BCH Supporter – My Personal Perspective About The DAA Situation