read.cash is a platform where you could earn money (total earned by users so far: $ 171,305.46). You could get tips for writing articles and comments, which are paid in Bitcoin Cash (BCH) cryptocurrency, which can be spent on the Internet or converted to your local money.

You're not going to find any of these people signing some lame joint statement pledging allegiance to Bitcoin ABC. So I decided to put together a list of my own. This is off the top of my head so apologies to anyone I may have missed. See for yourself the caliber of people ABC has on their side.

Hayden Otto - CEO of BitcoinBCH.com and organizer of the Bitcoin Cash City Conference

C. Edward Kelso - Founder and CEO of Coinfugazi and former Editor in Chief of Coinspice

And of course you also have the core members of Bitcoin ABC itself: Amaury Sechet, Jason Cox, and Antony Zegers.

So you're telling me all of these people are either corrupt or stupid? That they don't have the best interest of BCH in mind? That they aren't passionate about spreading the ideas of economic freedom and peer-to-peer electronic cash?

(I’ve also had some other prominent members of this community tell me in private that they support what ABC is doing.) 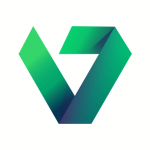 Sponsors of Cain
Become a sponsor
Get sponsored
Enjoyed this article?  Earn Bitcoin Cash by sharing it! Explain
...and you will also help the author collect more tips.

The blockchain.poker chronicles #5
Communities: my initial thoughts
1 year of read.cash