read.cash is a platform where you could earn money (total earned by users so far: $ 202,872.71). You could get tips for writing articles and comments, which are paid in Bitcoin Cash (BCH) cryptocurrency, which can be spent on the Internet or converted to your local money.

Written by
Cain
Cain
607
Bitcoin ABC supporter who likes to write.
3 months ago

In case you might be wondering, writing these articles is hard. They take me quite a bit of time and effort, and believe me, what I earn in upvotes wouldn't be enough for minimum wage (though I appreciate every single satoshi).

So it's only natural to wonder why I even bother? Why do I spend hours at my computer writing these essays that hardly anyone reads, other than a small subset of the BCH community?

The best answer I can come up with is the same one Amaury gave when I interviewed him earlier this year: Because I believe in the mission.

Like him, I believe that Bitcoin Cash has the potential to become a civilization changing technology. And I believe that's something worth fighting for.

The crypto industry is currently made up of thousands of different projects. You have defi, digital gold, smart contract platforms, stable coins, this year's version of crypto-kitties, and on and on.

But to me Bitcoin Cash is by far the most interesting project of them all. It's also the project that happens to most closely resemble the reason everyone became so excited by Bitcoin in the first place.

I'm not trying to say other projects aren't worth trying, but what I'm personally interested in is a proof of work coin that is secured by hash power, offering fast, cheap, reliable transactions without ever having to rely on a third party.

I think it's fair to say we all want BCH to be accepted all over the world, to be used in commerce as well as be an excellent store of value, and for the first time in history, give people a way to opt out of the traditional financial system.

I joined this community because I believe in that mission, and as the global economy seems to be heading towards a massive crisis, I would rather have Bitcoin Cash positioned sooner rather than later to be ready to handle mass adoption.

I remember back in 2017, when I first learned about the BTCBCH fork, I did a ton of research trying to understand the differences between the two. I learned that BTC didn't want to raise the block size because it would lead to greater centralization. It was just kicking the can down the road, they said, and that on-chain scaling was a dead end while Lightning Network was the future. I didn't buy it.

Only a few years later and the Lightning Network seems like it's already in the past. The BTC network is as unusable as ever with unreliable confirmations, easier ways to double-spend, and tx fees that can easily be higher than those of credit cards.

The core developers were allowed to ruin the network by preying on people's fears and making everyone afraid to commit to what they said was a fundamental change to the protocol.

But imagine if the BTC community had made a different choice. What if they had raised the block size like so many had wanted, what would be the value of BTC now? What if Steam, Microsoft, Expedia, and countless others still accepted it as a form of payment. What if the fees were still low and 0-conf was secure and everyone who was introduced to it in 2017 experienced it the way it was intended, like magic internet money.

All this to say that for me the IFP is a case of history repeating itself. I joined the Bitcoin Cash community because I believed it was full of smart, passionate people who weren't afraid to take action. While everyone else was calling BCH Bcash, Btrash, China coin, and so on, we knew they were the ones who had it wrong.

I wasn't around during the scaling wars, but now I can imagine how frustrating it must have been for the big blockers then. Because to me, the IFP is a no brainer in the same way that raising the block size limit should have been a no-brainer.

As BCH faces yet another fork in the road, the path we should choose is clear. I know the IFP might seem less obvious to many compared to raising the block size, but I think it's just as important.

Those in the BTC camp argued against increasing the limit because they said it would make it difficult for the average person to run a node. They were afraid it would cause centralization and threaten the censorship resistance aspect of Bitcoin. But by not raising the block size the BTC network has become congested with such high fees that at times it's all but unusable. But so long as anyone can run a node, right? /s

It's the same pattern we're seeing with the IFP. Those arguing against it are afraid it will create centralization and threaten the censorship resistance aspect of Bitcoin Cash. Meanwhile, we have been flailing for the past three years due to the lack of steady infrastructure funding, and instead of fixing the problem with the IFP, you'd rather keep doing the same thing over and over again while wishing for a different result.

You can blame Amaury all you want for the lack of progress. But if you're going to blame him, don't forget to blame yourself. Because Bitcoin Cash is permissionless. Everybody is free to act, and if progress wasn't made, you're as much to blame as anyone else.

We have had three years to build, and one thing I've learned in those three years is that the donation model doesn't work. If you add up what was raised in flipstarter campaigns and last year's fundraiser hosted by Bitcoin.com, we are still talking about less than $2M over a 2 year period, all spread between a dozen or more different projects. Simply put, that isn't even in the ballpark of being enough to fund what Bitcoin Cash is trying to achieve.

You can convince yourself that with Amaury out of the picture everyone's suddenly going to work together to magically solve all the problems. If that's what you think, tell me why none of these people stepped up and did something about it a year ago, two years ago. Both Calin and Freetrader claim they co-founded ABC, like they were integral to the birth of this project. But if they saw so many problems with protocol development why did they both quit ABC? If they thought they could do a better job, why didn't they create a competing client and make Bitcoin Cash great again?

I don't want more of the same. I don't want to end up at the mercy of a small group of dedicated developers who ultimately come to realize they can't do it alone. I don't want another 2017 where the masses come and the network isn't ready.

The IFP can make it so that doesn't happen again. You might not like how the IFP was introduced, or how it's being implemented, but that doesn't take away from the fact that it's a solution to the problem, and that it has the potential to be the greatest catalyst that Bitcoin Cash has ever seen. 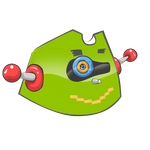 Written by
Cain
Cain
607
Bitcoin ABC supporter who likes to write.
3 months ago
Enjoyed this article?  Earn Bitcoin Cash by sharing it! Explain
...and you will also help the author collect more tips.

My final read.cash post
That WFH life
The blockchain.poker chronicles #5