Written by
BettyBoop
BettyBoop
106
You are always in your best years if you know how to live them.
3 days ago

Wanting to create a novel about marriage and family, but also about adultery, the moral stumbling block of individuals and society as a whole, Tolstoy wrote "Anna Karenina". He presented all these important topics following the strong but tragic character of a woman. Although the novel begins with the famous words that "all happy families look like each other, every unhappy family is unhappy in its own way", we can also paraphrase them and say that all happy women look like each other, and every unhappy woman is unhappy in her own way .

It came out of the pen of one of the best Russian writers, Leo Tolstoy, and became the greatest heroine of famous Russian literature - Anna Karenina. She is one of the symbols of her country, but also a heroine whose tragic fate has amazed the whole world.

At the beginning of the novel, Ana Karenina looks like a happy woman. She is realized as a wife and mother, educated and intelligent, and at the same time a beautiful lady with sophisticated manners and incredible charisma. Because of that, Ana enjoys the reputation and admiration of high circles of Russian society, to which she herself belongs. When the road takes her to Moscow, to reconcile her brother and daughter in law whose marriage fell into crisis, her life changes radically. Already at the train station, he meets a young officer, Count Vronsky, and wins his heart forever with one glance. When Kitty watches an untried fiancé at the ball on the occasion of her 18th birthday, playing with Ana all evening, she envies her, but also admires her, thinking: "yes, there is something terrible, demonic, and at the same time fabulous in her."

Although he initially rejects him, Vronsky awakens in Anna a long-suppressed passion and desire for love. Violating all moral norms, she completely surrenders to him and becomes his mistress. But the price she pays for following her heart is too high. She is deprived of the opportunity to see her son when she was extremely attached, and the company puts her on a pillar of shame. Alone and rejected by all, Ana sinks into the dark world of her personality. Wanting to escape from everything, Ana sees only one way out, and that is death. She ended her tragic life where her great love began. At the train station, Ana ended her agony by throwing herself under a train.

There are speculations that the writer found the inspiration for the character of his famous heroine in part in Maria Hartung, the older daughter of the Russian poet Alexander Pushkin. When he met at a ball in Tula, Tolstoy was amazed by her beauty, charm and education. Thus, the most beautiful part of Ana's personality is actually "borrowed" from the beautiful Pushkin's daughter. The fate of another woman is involved in the creation of the character of Ana Karenina. It is about her namesake Ana Pirigova who threw herself under the train because of unhappy love at the local train station. This shocking act, quite by accident, was attended by the writer himself, and he found the idea for the end of the life story of his unfortunate heroine.

However, it is certain that Anna is also an autobiographical character of Tolstoy himself, who expressed the darker side of his personality in her. Tolstoy himself committed adultery and because of that he was tormented by feelings of guilt and remorse. Ana's tragic end is in fact an act of redemption for personal sin.

Maybe Tolstoy "killed" his Anna, but one thing is for sure - when he created her character, he gave her magic that does not stop lasting. 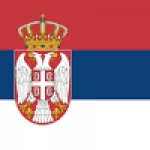 Written by
BettyBoop
BettyBoop
106
You are always in your best years if you know how to live them.
3 days ago
Enjoyed this article?  Earn Bitcoin Cash by sharing it! Explain
...and you will also help the author collect more tips.

Basil essential oil and how to make it.
From start to finish.
Pride and Prejudice-Jane Austen...