read.cash is a platform where you could earn money (total earned by users so far: $ 203,498.16). You could get tips for writing articles and comments, which are paid in Bitcoin Cash (BCH) cryptocurrency, which can be spent on the Internet or converted to your local money.

How to listen to those who do not listen? [Part-1]

Sponsors of BRISTY1820
empty
Become a sponsor
Get sponsored

Listening to people is a huge skill. There are many people who do not want to listen to the mind. No matter how good the words, this do not reach their ears. Such people are usually not good at communication and cannot make much of an improvement in life. But in the context of our country, many such people can move to better places. It is very difficult to work with them but there is no way to get out of the place.

Now I share with you the way to listen to those who do not listen:

Questions activate people's thoughts and attention more than comments. You can use it to listen to others. This is especially true when you are saying or explaining something to someone in great detail. Ask the person in front of you from time to time when saying or explaining something in detail. Then the conversation will not be one-sided. After finishing each point of your speech, create an opportunity to speak for the other party. Suppose you share a new idea with someone, at one point in your conversation ask them, "How do you feel about it?" - or "That's how he thought, what do you think?"

One of the human traits is that if you ask him something, he thinks he is being given importance. And as a result of the importance he is interested in paying attention. This method is especially useful in teaching something to someone. There are many teachers who occasionally take comments from students instead of just giving lectures . It makes them much more attentive to listening to their teacher.

👉👉Give others a chance to talk first:

Most people are more interested in talking about themselves than listening to others. They do not want to listen to others before they speak for themselves. That's a problem. But it can also be turned into an advantage.

If you're going to talk to someone who likes to talk to you - listen to them first. If you stop him at first or start talking to yourself in the middle of his talk - then he will not be interested in listening to you in any way. He'll just wait for you to finish - so he can start talking again. So, if someone sees you and starts talking on their own - let him finish first. And not just by listening. Let him know that you are interested in his words. Listen to him patiently, and show interest in his appearance. This will make him interested in listening to you later. Thus once he has finished speaking his own words, you then tell him your own words. He will be very calm as he speaks, and will listen to you attentively.☺

How to make this understanding???

People are more interested in listening to him, who is interested in him. Maybe you want to say something to a co-worker or relative. But there is no way to get him to pay attention. This may be because he has no understanding with you. Talk to him in a couple of ways outside of work to build this relationship. Take personal inquiries. Try to find similarities between you and him.

If you can't find a match, make a match. Maybe he is a big fan of Rabindranath. You read Rabindranath's writings a little, try to get a little knowledge about him. Then try to talk to him about Rabindranath. Show him you are also quite interested in this. You will see that he is giving more importance to all your words than before.

Preferred matching creates a very quick understanding relationship between people. If you can find out what the other person likes and build an understanding with him based on that, he will listen carefully to whatever you say.

💕My heartiest thanks to all for reading my article 😍😍 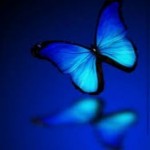 Written by
BRISTY1820
BRISTY1820
271
KNOWLEDGE SEEKER😍, STUDENT OF CHITTAGONG UNIVERSITY
4 months ago
In community: Share Your Thoughts (SYT)(a50c)
Enjoyed this article?  Earn Bitcoin Cash by sharing it! Explain
...and you will also help the author collect more tips.