read.cash is a platform where you could earn money (total earned by users so far: $ 167,828.92). You could get tips for writing articles and comments, which are paid in Bitcoin Cash (BCH) cryptocurrency, which can be spent on the Internet or converted to your local money.

Myths and facts about rape

First, let me remind you what is RAPE and SEXUAL ASSAULT. Also, pleas read what is SEXUAL CONSENT and why is so important.

Prejudice often shifts the blame from the rapist to the victim :( .

PLEASE, read and think. DONT LOOK AWAY! It's important!

MYTH: Rape is caused by the rapist's uncontrolled sex drive.

FACT: Rape is an act of violence, proving power and control, not sex. The rapist's goal is to humiliate the woman and completely take away her personal power. Rapes are mostly planned and carried out by intimate friends, acquaintances, family members, or strangers when the opportunity arises.

MYTH: The victim "asked for what she got" because she was seductive, careless, drunk, drugged, etc.

FACT: No one wants to be abused, hurt, or humiliated. People of all ages, all social positions were the targets of sexual abuse. Ninety percent of all rapes are planned in advance. The attacker often carries a weapon or threatens to kill the victim if he resists.

MYTH: Most rapists are unknown to the victims.

FACT: Most rapes are committed by someone the victim knows: a neighbor, friend, acquaintance, colleague, schoolmate, husband, partner, or ex-partner. Strangers are responsible for only one of the five rapes. Approximately 28% of victims were raped by husbands and boyfriends, 35% by acquaintances, and 5% by other close persons.

MYTH: Most rapes happen in parks, dark streets, and in the middle of the night.

FACT: Most rapes (over 60% of cases) take place in a known area - in the apartment of a woman or perpetrator, and the rapist is in most cases a known person. Rapes happen in equal numbers day and night.

MYTH: Rapists are mentally ill or psychotic and cannot be restrained.

FACT: There is no “typical” rapist. The men who raped belong to all socioeconomic classes, nations, and races. They are often respectable, rich, and powerful people, not "people from the margins", drunkards, homeless people, the sick, and cannot be recognized by their specific behavior. Very few rapists are mentally incompetent and/or out of touch with reality. Most rapes are planned.

MYTH: Women lie about sexual abuse to save their reputation or to take revenge on the partner who left them.

FACT: Sexual violence is a crime that in a huge number of cases is not reported. Women are more likely to lie and say that they were not sexually abused, due to feelings of guilt and fear of further abuse or harassment and blackmail.

It is estimated that only 26% of all rapes or attempted rapes are reported to the police. Experiences are different in different settings. Thus, one of the most detailed studies conducted on a representative sample of 12,300 women in Canada showed that only 1 in 20 cases of all forms of sexual violence were reported. The number of false reports of rape is not higher than the number of other falsely reported crimes and is 2%.

MYTH: If the victims had not drunk, they would not have been sexually abused.

FACT: Alcohol is a weapon that some rapists use to control their victims and to make them powerless. As part of his plan, the rapist will encourage the victim to drink or identify the person who is already drunk. Alcohol is not the cause of rape, it is just one of the many weapons that rapists use.

Of the men who confessed to raping, 75% said they sometimes drank women to increase the likelihood of sexual intercourse.

MYTH: If the victim did not physically oppose or fight the attacker, it was not rape.

FACT: The attackers are not looking for a fight. They use many forms of coercion, threats, and manipulation to rape. Alcohol and drugs are often used to incapacitate victims.

In 87% of rape cases, a threat to a woman's life is involved, and in 50% of cases, there is a threat to a weapon. Some criminal laws define sexual violence as what constitutes the perpetrator, not the victim.

FACT: Men can and are sexually abused as boys and as adults.

One in six boys will be sexually abused until they are sixteen.

MYTH: There is no rape in marriage. Sexual intercourse with a husband is a marital duty.

FACT: A married woman is not owned by a man. Any sexual activity against a woman's will is also rape. 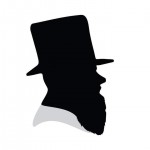 Written by
AngryKoala
AngryKoala
176
Human rights fighter
2 months ago
Enjoyed this article?  Earn Bitcoin Cash by sharing it! Explain
...and you will also help the author collect more tips.

The woman who liberated Taiwan from COVID-19
What does LGBTQ means?
Female genital mutilation (part II)