BCH day: Stakes are to high, To remain Silent.

In my own opinion, Blockchain is not only a tool of financial freedom rather this is a tool of revolution which will be used far far in future for big revolutions.

In 2009, a true essence of freedom was given to us, this technology seems to be directly from future, this is the biggest revolution in technology after the internet. The revolution that is slowly taking over the world and the revolution which is setting free each and every single person. The idea which cannot be shut down from any power in the world, the idea which made the government to amend its rules and to bow down in front of it, and the idea which is spreading like a fire all over the area that no one can do anything to stop it .

August 1st, or what we call the "BCH day", was the day when this idea relived again in its true form. It is a common fact that things changes with time and status quo get on it. People who previously took part in revolution cannot help to move it further and they seems to have no time, they thought that they already achieved enough with it. At this very moment, New generation comes in to hold the flag proudly and carry on the revolution. Those who carried the flag previously are now became the part of that same status quo which they stand against in past and in 2017 revolution was started again. And with that, they become the worst opposition.

August 1st was the day when WE decided to rise the flag of revolution, making it move forward and continuing holding it with pride. Giving life to its true essence again and breaking the status quo to make it a real "A Peer-to-Peer Electronic Cash System" again..

What we achieved in this three years?

When I think about this, I see the communities of Bitcoin and Bitcoin Cash and I can see the a significant difference. All miracles which Bitcoin was suppose to do is now done by BCH, and the evidence of this miracle can be seen everywhere. Just look around and you will find the mass BCH adoption taking place in different parts of the world.

Take as many examples you want, and you will find BCH doing things holding up the real flag of revolution with pride, reaching to masses and making it the real Peer-to-Peer Electronic Cash System. On other side of the picture, you will find same people whom against Satoshi stood, those who helped Satoshi and carry the flag after him are now become the part of problem. This is what BTC became, you will see a lot of ignorant people everywhere who only care for being in charge and forgetting the ideology of real revolution, destroying the real essence of decentralization. They want power that controls everyone and when this happened, Free thinkers will raise their heads and brains against it and this is what we did on August 1st and this is what we do again and again until the day of victory comes.

Welcome to the revolution!

Idea got the life in 2009 and in 2017 refresher was needed , it will continue until we achieved the goal of mass adoption and making people understand what the real essence of this revolution is. We can't let anyone take away this freedom now that the game is on for centuries and tool was given in 2009, and 2017 was the day when idea revived again.

BCH will surely will and continue facing this power-control fight again and again, and I know that the core believer of ideology won't let it happen and WE should make sure that it won't happen again. I want to remind everyone who were there in 2017. Remember the day that you stood for now Stakes are to high, To remain Silent. 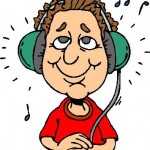 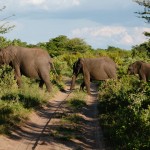 Sponsors of ralak
empty
Become a sponsor
Get sponsored

Written by
ralak
ralak
347
m
Bitcoin Cash House of Pakistan
1 week ago
Enjoyed this article?  Earn Bitcoin Cash by sharing it! Explain
...and you will also help the author collect more tips.

BCH Games
Websites & services where you can Use BCH |Updated (9th August 2020)
Update: (We have winners)Game is on win 30$ Now|First stage of Treasure Hunt.