The Office of the Secretary of State (ODNI), which heads the Central Intelligence Agency (CIA) and the Federal Bureau of Investigation (FBI), is currently looking for a Ph.D. in Economics from the United States as a researcher. The survey asked, " What can happen when the US dollar loses its position as a global reserve currency? "

According to ODNI, the study is in preparation for the " Black Swan, " which threatens the US dollar's position as a global reserve currency . “ Black swan ” means an event that cannot be predicted by past rules of thumb or theory, but has a significant effect on people. Examples include the Black Monday, when the Dow Jones average over 20% on the New York Stock Exchange overnight on October 19, 1987, the recent Lehman Shock in 2008, and the election of President Trump in 2016.

It is worth noting that ODNI, as a black swan threatening US international supremacy, has also demonstrated a "cryptocurrency in the crypto market " along with several scenarios, including the rise of China and India . An example of a specific study is the hypothesis of how global cryptocurrencies and CBDCs could affect the US economy .

The research program will run for two years from October 2020. The application deadline for the program is until February 2019.

Recently, the concept of a new reserve currency using cryptocurrencies has been frequently proposed. In August 2019, Bank of England Governor Mark Kearney suggested the possibility of a central bank digital currency (CBDC) backed by a basket of multiple fiat currencies, a synthetic key currency like the so-called Libra .

The United States is keenly wary of the rise of virtual and digital currencies because the US dollar as a reserve currency secures the United States' strong political and economic power.

Restricting the exchange of currencies into US dollars can also impose sanctions on trade in that country. With such economic sanctions, the United States is perceived as having a strong influence.

In addition, in response to the rise of CBDCs in China and other countries, the Federal Reserve Board has recently considered developing a digital US dollar. This survey program also shows that the US government is seeking measures for "virtual currency." 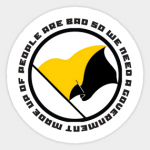 Written by hasson
29
BCH
1 month ago
Topics: Cryptocurrency
Enjoyed this article?  Earn Bitcoin Cash by sharing it! Explain
...and you will also help the author collect more tips.

coronavirus America😨😢
History of blockchain 1.0 to 3.0: Is Bitcoin dead in Satoshi's vision?
Pakistan to deliver 5 milllion of chloroquine to Italy against corona virus
About us Rules What is Bitcoin Cash? Roadmap Affiliate program Get sponsored Self-host
hello@read.cash (PGP key) Reddit