A Merchant Not Actively Maintained is a Merchant Lost

A new Bitcoin-Cash-accepting merchant is signed, photos on Twitter, listing on Marco Coino, bam, #WINNING, am I right?

After 2 years of doing crypto mass adoption in Latin America, I have seen this situation repeated so many times it gives me a migraine.

Here is how it goes.

2. We're done. Upload it and forget it. Maybe the merchant affiliator goes back a couple times.

3. After awhile one or more of the following things happens with the merchant. He:

Not all merchant affiliators are like this. FAR FROM IT. Bitcoin Cash has some world-class individuals working on merchant adoption, people whose work I eagerly watch and learn from.

But it does happen.

For example, we at Bitcoin Cash Latam, went through the lists of all Bitcoin and Bitcoin Cash accepting merchants in our markets 12-15 months ago. We only found one who still accepted out of more than 100. More than a few were angry about the lack of customers and support.

Take a look at the #GastaBCH promo in the summer of 2018. I watched that very closely at the time. IIRC, 2 merchants were claimed affiliated in Medellín, where I have lived for 19 years. One had accepted any crypto for quite some time already. Another was a very nice restaurant.

I sent my top merchant adoption guy to visit the restaurant. I wanted to build a relationship with such a nice restaurant that was taking the bold step of accepting crypto. My guy came back and said they had no idea what he was talking about. I sent him again but got the same response.

I watched during the #GastaBCH promo a person in Bogotá posting a couple dozen businesses they had onboarded to Bitcoin Cash. All of the photos were just a couple people and a mobile wallet in different stores. No store names, no store brands, no addresses. I was never able to find those stores. I just checked and these posts seem to have been removed from Twitter.

Don't feel bad tho, because the same thing happened to Dash and on a much larger scale.

Lesson Learned: A merchant not actively maintained is a merchant lost.

Don't think this 89% retention figure is an industry standard number. This is an industry-leading number. And we did it during the depths of the bear market.

To get it you need:

But even this is not enough. The merchants are only in this for their bottom lines. They want new customers. To bring them, we need to find local consumers who have Bitcoin Cash in hand and want to spend it.

Sorry, there aren't really very many at all. Almost nobody holds crypto. Those that do consider it as an investment (HODL!) or part of their trading. Opportunities to earn crypto are few and far between at best.

(Stay tuned for my forthcoming post about creating opportunities for people in the developing world to earn crypto.)

Oh, George, we just need local liquidity so people can buy in. Then they will walk around with it all the time waiting for chances to spend it.

We absolutely need more liquidity. But let's look at Jose. Jose earns in Colombian Pesos (COP) and all his life has spent them. I teach Jose about Bitcoin Cash and let him know, since I am a responsible educator, that BCH is volatile.

Jose is like, this is very interesting, but why am I going to trade my relatively stable COP for something that could lose 10% of its purchasing power tomorrow? I might normally buy 20 eggs per week for my wife and children, but now I only get 18. 🤔

I've got enough stress already in my life, George!

The story is not dissimilar there. People do not have spare cash to risk on BCH, the economy has dollarized (now its BCH vs USD instead of BCH vs iffy developing world currency) and most merchants still want their Bolivars (VES), believe it or not.

OK, George, before I slit my wrists here, did you want to add anything else??

Remittances flow from crisis. They happen because some people cross borders to escape from broken political-economic systems and in order to earn money to send home to cover food and medicine for loved ones still suffering in the crisis.

Remittance fees globally average 8%. In Venezuela and sub-Saharan Africa they range as high as 40%.

Remittance senders are actively in the market for a new currency when they are at the point of purchasing a remittance. They literally have no choice.

Cryptocurrency is most valuable at the point that it crosses borders. This is due to all the hassles, limits, paperwork and fees that the formal financial system enforces within the traditional financial system.

Remittances solve our inflow problem. And they do it in a big way. Remittance recipients can be incentivized to spend Bitcoin Cash at Bitcoin-Cash accepting merchants.

With merchants receiving Bitcoin Cash spenders, we create a strong incentive for the merchants to maintain themselves, thus solving the original problem. All of a sudden this crazy Bitcoin thing is actually catching on and our merchants onboard another 10 each.

Lesson learned: Remittances are the only path forward for Bitcoin Cash mass adoption of utility use cases. Merchant adoption on its own is a non-starter.

We have a business plan and are seeking financing. We aim to not only build a profitable company for our stakeholders, but also to build Bitcoin Cash commons in Latin America which supports the business plans of others.

Email me@georgedonnelly.com or contact me on Telegram to get a copy of our business plan.

I really don't enjoy being Mr. Reality Check over here but the fact is that we are the experts on crypto merchant and consumer adoption in Latin America. We paid a heavy price in sweat, tears and shoe leather to learn all of this (and a lot more).

P.S. We are launching a crowdfunding this week. Get a sneak peek here. Give us feedback. Let us know what you think. 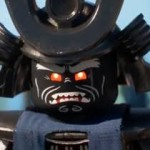