read.cash is a platform where you could earn money (total earned by users so far: $ 199,219.34). You could get tips for writing articles and comments, which are paid in Bitcoin Cash (BCH) cryptocurrency, which can be spent on the Internet or converted to your local money.

Written by
ZakMcRofl
ZakMcRofl
146
5 months ago
In community: Bitcoin Cash(e11c)

If you are using Bitcoin ABC, you should migrate to BCHN (or others) before November because Bitcoin ABC will stop following the BCH blockchain if not every block contains a forced payment towards Bitcoin ABC.

On August 15th 2020, Amaury Séchet, the lead developer of one of the Bitcoin Cash node implementations (Bitcoin ABC), has introduced code that will syphon 8% of miner's block rewards into ABC's pockets beginning November 15th 2020. Starting with version 0.22.0, Bitcoin ABC will reject and attempt to orphan all blocks that do not contain this forced Bitcoin ABC fee payment (let's call it AFP from here on out).

This selfish behaviour by a single node will likely lead to a soft fork because the rest of the Bitcoin Cash community interprets this as a unilateral attempt to change the consensus rules, effectively resulting in an attack on the network for personal gain. This is especially painful because for many years, Bitcoin ABC was considered a strong cornerstone for BCH's development and improvements.

However in the last few months Bitcoin ABC's lead developer Amaury Séchet has made many similar unilateral moves and made it clear that he does not care about the interests or opinions of the BCH community. A good write-up on these concerns was written by BCH developer Jonathan Toomim and many of its sentiments echoed by George Donnelly, who worked closely with Bitcoin ABC lead developer Amaury Séchet and has since left the organization: "Amaury is not an effective leader, period, full stop."

Drop-In replacement and other alternatives

Luckily, people who still use Bitcoin ABC have many migration options because Bitcoin Cash is one of the few cryptocurrencies with node implementation diversity and real decentralization. The easiest migration is using the drop-in replacement Bitcoin Cash Node. It was derived from Bitcoin ABC and had its first release on February 27th 2020. It contains various improvements over Bitcoin ABC, most notably it does not contain the code enforcing the AFP. It is written and maintained by the team that spearheaded the development of the new difficulty adjustment algorithm ASERT which is the only change to make it into the scheduled BCH Update for November.

Miner position and risk to miners

As with any soft fork, it is relevant what the position of the miners is, so let's look at the early indications:

A similar funding proposal was universally rejected by miners in May, where no miners voted for the "Infrastructure Funding Plan". That plan at least pretended to include a chance of other parties being funded through it but was troubled with the same concerns (chance of corruption, kickbacks, centralized whitelist approval, lack of auditing, lack of accountability). It seems likely that the arguably worse ABC fee payment will be equally rejected.

Following the pre-announcement of the AFP, a group of notable BCH miners issued a statement that the majority of the BCH hash rate will not adopt the forced Bitcoin ABC fee payment.

Another major player in the BCH-BSV hash war, Roger Ver's bitcoin.com, has released the following statement:

Bitcoin.com is one such miner and for the record, we will not be mining with any Bitcoin Cash software that implements the IFP feature in the November 2020 network upgrade.  At this time we also have reason to believe that most other miners have come to the same decision.

It is not clear yet if non-ABC node implementations will accept or reject blocks containing the AFP. But given this strong opposition, at least a manual rejection of such blocks through miners seems likely. In any case, if the majority of blocks is mined without payments to Bitcoin ABC, all other node implementations will follow that longer chain instead of the Bitcoin ABC chain that enforces AFP in every block.

This forces the companies and individuals mining Bitcoin Cash to act now. If they keep mining using Bitcoin ABC and thus paying the AFP, they risk that their block rewards will end up on the shorter chain. Since they cannot spend their block rewards for ~16 hours (100 blocks), chances are that the ABC chain will have already died out or lost all its value by the time they would be able to sell. Another indication of the value of the ABC coin is the futures market, that shows the Bitcoin ABC coins being worth only around $30, around 1/10th of the value of the BCH side .

In comparison, migrating to BCHN is a safe no-regret move because as it stands, BCHN will follow the longest chain (=BCH) no matter what happens.

Company positions and risks to companies

On the day of the AFP pre-announcement, the Token Exchange cryptophyl.com has stated on Twitter:

"Today's announcement by Bitcoin ABC was not a proposal, it was an announcement. Their actions are not representative core values we and others expect and uphold within Bitcoin Cash."

"We will support SLP infrastructure development on Bitcoin Cash, not on a fork of Bitcoin Cash by ABC."

The promising adoption and ease-of-development initiative mainnet.cash has stated on reddit that they will not support an ABC side if a fork happens.

General protocols , the company behind AnyHedge had already positioned against ABC's unilateral Grasberg announcement, today Company President John Nieri confirmed to me that his statement towards CoinFugazi was also representative of the company as a whole:

"The Bitcoin Cash (BCH) ecosystem has made it clear that it requires rational, well evidenced, well reviewed proposals. The only change that has met that bar for November 2020 is the aserti3-2d DAA algorithm. No other proposals have enough time to be considered. Pools and Exchanges are advised that the entire infrastructure of BCH will only support one chain in November, and that chain will have aserti3-2d DAA algorithm with no other major changes."

Roger Ver's company bitcoin.com similarly elaborated in their statement what they recommend other companies building on BCH to do:

The reason Bitcoin.com is choosing to run software that does not implement IFP is that we do not observe that this feature is supported by what we see as a prerequisite governance model necessary to ensure that funding raised via its use is spent in furtherance of the vision of Bitcoin Cash that we freely associate with.  Thus, we can neither risk our vision of peer-to-peer electronic cash nor the future value of our customers’ Bitcoin Cash by implementing IFP at this time.  Furthermore, we encourage all network participants who share our perspective to run only Bitcoin Cash software without IFP specifically during the November 2020 network upgrade.

If you find further company statements (no matter what side they favor), please reply in the comments and I will add them here.

If you are a company using Bitcoin ABC, you should migrate to BCHN or other BCH implementations as soon as possible. As it stands, they will follow the longest chain and will still be compatible to blocks built by Bitcoin ABC. If you stay with Bitcoin ABC, there is a very high risk of getting stranded on an outdated chain due to ABC rejecting every block that does not include the ABC fee payment. 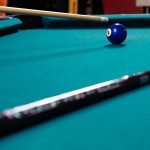 Written by
ZakMcRofl
ZakMcRofl
146
5 months ago
In community: Bitcoin Cash(e11c)
Enjoyed this article?  Earn Bitcoin Cash by sharing it! Explain
...and you will also help the author collect more tips.