read.cash is a platform where you could earn money (total earned by users so far: $ 199,235.12). You could get tips for writing articles and comments, which are paid in Bitcoin Cash (BCH) cryptocurrency, which can be spent on the Internet or converted to your local money.

Written by
ZakMcRofl
ZakMcRofl
146
4 months ago
In community: Bitcoin Cash(e11c)

As you may know, Bitcoin ABC has changed their code to attempt to funnel 8% of all coinbase rewards into their control beginning November 15th. Since almost all other BCH community projects are rejecting this unilateral cash grab, this will result in a fork. In case the Bitcoin ABC chain survives this (currently 0% of miner blocks signal for ABC, 53% signal against ABC, 47% are still undecided), this will result in an BCH-ABC airdrop for all BCH holders.

Today, Bitcoin ABC has announced their rules for the previously announced governance model of their new fork. This article is an analysis of the announced rules.

Since it was created, Bitcoin Cash development has relied solely on donations. Part of the reason funding wasn’t sourced from the coinbase reward sooner was due to concerns over how the fund would be managed and distributed.

Unfortunately, this framework only covers how 50% of these funds will be managed and distributed. Bitcoin ABC can spend the remaining 50% with no restrictions.

The rules have a section attempting to consolidate this massive change with the original Bitcoin whitepaper.

"Bitcoin is a voluntary system."

This is correct. However, the fee payment demanded by Bitcoin ABC is not voluntary, it is mandatory. Today and on the future BCH chain, miners can voluntarily donate to any infrastructure of their choosing (or not at all).

"A Bitcoin network is made secure and stable by leveraging the economic incentives of participants. As stakeholders, members of the Global Network Council have a joint incentive to increase the coin price."

This may hold true for the coin holders and the miners that own many coins. It does not hold true for the developer. Even if you chose to do no improvements and the coin price stagnates, your income does not change. At $4 million per year, this is a pretty comfortable position.

The rules quote the whitepaper with

"The system is robust in its unstructured simplicity"

and then claim that

The Global Network Council is [...] designed to be a simple system

Falsehood 1: not simple, not unstructured, not robust

The proposed rules are neither simple, nor is the result unstructured, nor is it robust. The entire rule set is defined as a management structure for the new coin. With Bitcoin ABC as a fixed, central company in control of all the funds as a single point of failure.

Nakamoto Consensus is the foundation of Bitcoin. The Global Network Council itself is an extension of this consensus mechanism.

Falsehood 2: "is an extension of this consensus mechanism"

Falsehood 3: Ignoring other contradictions to the whitepaper

This section also conveniently ignores the section of the whitepaper this governance model is breaking:

"By convention, the first transaction in a block is a special transaction that starts a new coin owned by the creator of the block. This adds an incentive for nodes to support the network, and provides a way to initially distribute coins into circulation, since there is no central authority to issue them"

The ABC rules remove ownership of 8% of this reward from the creator of the block. It also introduces a central authority that issues 8% of each block.

"If a greedy attacker is able to assemble more CPU power than all the honest nodes, he would have to choose between using it to defraud people by stealing back his payments, or using it to generate new coins."

This is how Satoshi described an attacker. In the context of a fork/hash war, the behavior of the ABC client is effectively resulting in an attack similar to the one outlined by Satoshi. If a group of attackers with significant hash power rejects all blocks that do not pay them a fee, they can out-compete any honest miner. Obviously, this requires coordination between Bitcoin ABC and their favored miners but this is very easy to accomplish by ABC giving them kickbacks from their funds.

Three co-equal categories of network participants can be proven, through the above principles, to be genuine stakeholders within the network.

The stakeholders are not co-equal. Here are some of the inequalities:

Falsehood 5: "Three co-equal categories of network participants can be proven"

It is noteworth that only holders and miners have to provide cryptographical proof to gain a place at the table. Only they can be replaced. There is no mechanism outlined for the development team to be replaced. This is by design because the entire fund is not neutral, it is kept by Bitcoin ABC.

The word "Developers" should thus be replaced with Bitcoin ABC throughout the document.

The rules completely ignore a large amount of other stakeholders:

The top 21 BCH addresses only hold 13% of all coins. Assuming there are dual-ownerships, this would mean that 87% of all coin holders have no way to influence any decision.

In addition, other development teams have no method to obtain a place at the table. Again, this is by design.

Holders can earn one of 21 holder votes by proving they are one of the top 21 coin holders.

This can easily be gamed. If I am the top coin holder, I can split my holdings into multiple sub-entities to gain more seats.

During the Global Network Council meeting, miners and holders will receive their voting token (or tokens) to the address they gave us when they applied to join the council.

Why is there a need for a meeting? There is no logical explanation for this requirement. It does however give massive power to the ones organizing this meeting because denying a party physical access is much easier than stopping them from using their vote token directly.

How do the funds get split?

Regarding the fund allocation, the rules say this:

"50% of the fund will finance the work done by the reference node development team, which is currently Bitcoin ABC"

Falsehood 6: "by the reference node"

A decentralized currency by definition does not have a "reference node". For the sake of this argument, let us assume we need to defined one. An objective definition would be "the node implementation that implements proposed changes first, with the rest of the ecosystem following their implementation."

Falsehood 7: "which is currently ABC"

Bitcoin ABC may be the first node to unilaterally implement self-funding code, but nobody in the Bitcoin Cash ecosystem is following their lead. Not a single node implementation, not a single wallet implementation. In addition, the only actual change in the November 15th, the new ASERT algorithm has been implemented into BCHN first, with Bitcoin ABC following them. Therefore, Bitcoin ABC is currently not the reference node of BCH.

Funding for other projects

Another goal of the fund is to finance other infrastructure-related projects (outside of the Bitcoin Cash roadmap) that will further improve the network and help drive adoption. 50% of the fund will finance these types of projects.

Academic projects, such as advanced research into pre-consensus models, are funded in the form of research grants.

Entrepreneurial projects are seed-stage ventures, funded within an incubator model similar to Y Combinator. Miners and holders will retain an equity stake in future profits, which will be sent to the same address as the coinbase reward.

This wording is very suspicious. Who would be giving out these "research grants" and who would be the owner of the resulting IP?

The incubator suggestion is even worse. Implementing this incubator model requires a legal entity. The only legal entity in this framework is Bitcoin ABC. In other words, Bitcoin ABC would hold a 7% stake and voting rights (see Y Combinator) in any entrepreneurial project funded by the miners and only very few companies would even be interested in making use of such funding.
This description of the incubator model is incredibly vague for something that sounds like a legal nightmare for miners, holders and the affected companies.

No transparency, no audits, no reporting, no accountability for Bitcoin ABC

So far, I covered what is written in the framework. However it has some notable omissions.

The main concern with any IFP proposal is kickbacks. If Bitcoin ABC buys off miners by returning a part of the share they receive, they can effectively completely undermine this voting structure. And none of the votes affect how Bitcoin ABC spends the money.

There are also no indications of an audit or any kind of reporting structure for Bitcoin ABC. They can spend their 50% on whatever they please, Amaury can pay himself an insane salary and there is literally nothing in this framework to stop him.

There is also no way to replace Bitcoin ABC since they are in the center of everything. They run the incubator, they invite to the events, and they hold and distribute all the funds.

This framework outlines a Blockstream-like centralized development scheme for the Bitcoin ABC coin. None of the stakeholders can affect the Bitcoin Cash roadmap. There is no mechanism to monitor the spending by Bitcoin ABC or to change the amount of money they get. The choice of fundable projects is intentionally limited. The few funding methods for other project are structured to further increase the power of Bitcoin ABC. The vast majority of holders and users are completely ignored by this governance model.

It should be rejected outright by anybody who believes in liberty, decentralization and the principles of Bitcoin. 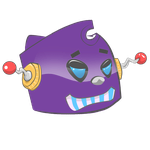 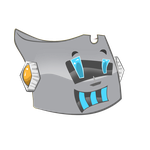 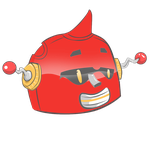 Written by
ZakMcRofl
ZakMcRofl
146
4 months ago
In community: Bitcoin Cash(e11c)
Enjoyed this article?  Earn Bitcoin Cash by sharing it! Explain
...and you will also help the author collect more tips.