read.cash is a platform where you could earn money (total earned by users so far: $ 172,177.71). You could get tips for writing articles and comments, which are paid in Bitcoin Cash (BCH) cryptocurrency, which can be spent on the Internet or converted to your local money.

In 2020, the FED prints 22% of all USD ever created. Clearly, the USD is headed for a big inflation.

If people ask me what they should invest in, my answer, right now, is always: gold and silver.

We’ve already had 11 years of Bitcoin, yet it and its forks by no means is a viable replacement of the best money ever created—the USD.

For non-tech savvy people, the USD is

Bitcoin could have easily out-competed the existing traditional financial services, as the technology is vastly superior (UTXO based chains are actually really scalable), the big question though is: Why hasn’t it?

The answer, for me, is profit.

Or rather the lack thereof.

There simply is no money to be made directly from replacing the USD with Bitcoin.

So far, the OG “business model” for that has been: Buy Bitcoin, adopt/develop for Bitcoin, Bitcoin increases in value, profit.

Roger Ver, the first investor into Bitcoin startups and the most prominent supporter of Bitcoin Cash, is a proponent of this model. And that’s understandable, because this business model drove initial Bitcoin adoption.

But this is a really, really terrible business model. It doesn’t work. It suffers from the free-rider problem, it turns Bitcoin adoption into a public good. It’s basically the same model as one of those Marxist cooperatives, which always eventually fail.

It doesn’t matter whether you work hard or slack off in that model, you get the same reward. Even worse, for Bitcoin, if you were not an early bird and didn’t get in early, you will profit much less than people who did get in early. So this way we basically remove all the future talent from the pool of people who would help replace the USD.

I will talk more on models that actually work in a future post, because I believe we can replace the USD quite quickly if we just adopt an incentive aligned model, but first let’s examine this one in more detail.

If we use the OG “Buy Bitcoin, Adopt Bitcoin, Profit” model, we artificially turn Bitcoin adoption/development into a public good. Right now, adoption/development is mostly done by people who selflessly approach businesses/write code (or are paid by selfless people, in form of donations). In return, the price of Bitcoin increases, and every holder, including them, profits. But other than that marginal increase in Bitcoin’s price, they get nothing in return.

That’s the mechanics of a public good.

There’s actually a way to make public goods work. Nobel prize winner Elinor Ostrom guides us on how to “govern the commons” with her 8 principles:

If we go through that list, we quickly realize that none of them work for the OG Bitcoin business model, because it is a permissionless system. Just look at the first principle: Define clear group boundaries. How on earth should be we define group boundaries for Bitcoin? By definition, we can’t exclude anyone, because everyone is free to participate and there’s nothing we can do to stop them. And don’t get me started on the 6th principle.

It seems like the Global Network Council proposed by Bitcoin ABC to solve the funding problem of the public good “infrastructure development” is a good attempt at “governing the commons”, and the people designing the rules there should pay close attention to those 8 principles by Ostrom. It definitely fulfills some of those principles already, especially principle 1.

But back to the OG Bitcoin business model.

It means there will always be exactly two outcomes, after sufficient time:

And we’re seeing this over and over again:

A lot of people in Bitcoin Cash currently are unhappy with Bitcoin ABC and the Global Network Council, and want to continue with the OG Bitcoin business model, with a new node called BCHN. And it will be very easy to predict the outcome of that effort, given economic reasoning and historical precedent: People will either be burnt out and leave, or someone will come along with a viable business model and “take over”.

To make matters worse, a lot of prominent people supporting the OG Bitcoin business model are actively hostile to the very idea of profiting off the protocol:

Collin Enstad, host of the “Collin’ It Like It Is” show, in a recent video said “After November [...] Bitcoin Cash will continue its quest to peer-to-peer cash for the world as it sheds yet another team who wants to use the protocol for their own profit”.

Imaginary Username, author of Reusable Addresses, in a recent tweet said about Amaury Sechet, the lead developer of Bitcoin ABC: “How about ‘who wants to loot the protocol’?”

A similar sentiment is shared by many people who unironically call the Coinbase Rule a tax, proposing it is theft.

In other words, the very idea of replacing the OG Bitcoin business model is to be opposed.

This, of course, will end very badly. Either people will leave in frustration or people with a sound business model will take over.

How long will the wheel of death of the OG Bitcoin business model continue spinning?

Instead, we need to embrace the profit motive, and come up with business models that actually work, models that incentivize participants correctly.

Stay tuned for a future post about my thoughts on that. 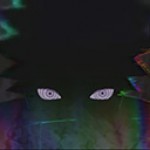 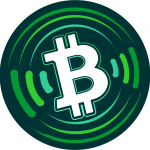 Written by
TobiasRuck
TobiasRuck
94
No bio yet...
1 month ago
Enjoyed this article?  Earn Bitcoin Cash by sharing it! Explain
...and you will also help the author collect more tips.

Amaury doesn‘t get paid
Why Mises would love Mitra; Bitcoin Cash‘s hidden superpower that even Ethereum 2.0 doesn‘t have
Why I support the IFP despite the community seeming to hate it and how to fix it