As the discussions continue about the proposal to forcefully fund developers from block-rewards I took a step back and asked what problem it is that needs to be solved.

The title is apt, there is a requirement that we attract more Bitcoin Cash developers. Not just in the ABC team, there is a general idea that there is a lack of developers able to get things done.

Lets take a quick look at the official dev chat of the ABC team on telegram:

So, it is clear that Amaury (the lead developer of ABC) is of the opinion that we need more developers. I agree with that. I think many people will.

On a positive note we can see from places like telegram, reddit, wechat and naturally read.cash there are plenty of people that are interested in actually making Bitcoin Cash better. One way or another. A good subset of those would be developers. We should see more people actually contribute then what Amaury calls "a handful of people" that carry everything forward. Why are we not growing in number?

The main dev from ABC today again complained that nobody helps him. This is not a new complaint. Repeatedly the ABC developer has stated that the only reason there are not more people helping him is because of money.

Now, may I suggest some alternative view on the situation:

So, who would be with me if I were to suggest that getting more money streamed into ABC is not going to be the solution to getting more devs? You just saw a long list of other issues preventing developer participation. Blaming it on the money sounds too easy.
In fact, I do understand how nice it must be to forever get paid to solve a problem that has little to do with money but instead you simply created by being a jerk.

In the various periodic hard forks upgrades in Bitcoin Cash we always saw Bitcoin ABC dictate the new protocol rules and the other 4 implementations follow.
As an aside, there used to be 7, we have lost the Bitcoin Cash clients bcash and bitprim during one or more of those forks.

Nothing really worthy of discussion happened in those upgrades, but to any observer it was clear that ABC dictates and the rest follows without discussion. Questions were not answered. And the alternative to not following ABC is simple being forgotten. Like bcash and bitprim have.

It is becoming clear that ABC is trying to pull the same trick with the upcoming May 15th hardfork. With the "minor" detail that the ABC devs will get a constant income for the rest of their lives from what they want Bitcoin Cash to become. Any miner that disagrees will be orphaned by their software.

Do you believe that these people should get more money so they can write your financial future? Please share in the comments below. 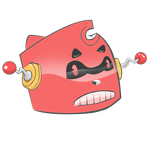 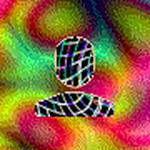 Written by
SharkySharkdog
SharkySharkdog
14
No bio yet...
5 months ago
Enjoyed this article?  Earn Bitcoin Cash by sharing it! Explain
...and you will also help the author collect more tips.

You lead and maybe I will follow
Thoughts on developer funding