Here I'll be posting some photos you might have not seen and might love to see them.

This Corinthian helmet and human skull are relics from the Battle of Marathon, which took place during the first Persian invasion of Greece in 490 BC. The helmet survived with the warrior’s skull inside it.

I was shocked too when I saw this, imagine eating a soft glass...

But honestly I don't know who decided to boil a penguin egg, and I don't particularly want to know, but it's interesting that different birds' egg 'whites' actually don't all actually turn white when cooked.

It's shocking to see in comparison to the current neat rows of seats we're used to seeing on planes, but this is what the cabin of a passenger plane looked like in 1930.

Temple cut directly into a rock

This is the Kailasa Temple located in Ellora, India. Completed in the 8th century AD, the entire structure was carved directly out of the rock and is the largest rock-cut temple in India.

Camouflage at its best

Can you see the owl in the second image? Now that's the best camouflage I've ever seen.

These are Vietnamese mossy frog

Honestly thought they were broccoli.

These species of frogs are dominantly found in northern Vietnam and southeastern China. Their skin, which resembles moss on a rock, acts as camouflage from predators, and they curl into a ball when scared.

This is the harpy eagle, a bird so big that it kind of looks like a person in a bird costume. It's the largest and most dangerous raptor in the rainforest.

Which of this would you want to see. 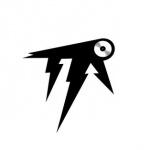