Today I would share you a different article than usual.

I found interesting to add comments on the Read.cash Stats page. It is a very thorough page wich permit to understand most of the parameters which govern Read.cash.

Regarding the huge growth number of users and the recent modification in the point system reward, I think it is a good way to make Read.cash users to understand how this platform works and reward you to have a good use of this wonderful tool.

This graph show the total number of user on Read.cash, meaning all created accounts.

This graph show how many news users create an account on Read.Cash.

You can see the huge growth you can see on the first graph with a pump of more than 300 daily news users one June.

This graph show the evolution of the amount of the found created to reward users in other way than tipping.

It was created on April and become more important as @MarcDeMesel give more BCH to the fund.

4.Top donors to the fund

Here is a ranking of the best Read.cash donors to the fund.

It's from that fund and person your reward come from. They literally pay you with the found when you are never tipped and only get points.

This is a graph that show amount and repartition of the users rewards between tipped and funded users.

You can see that the fund was created mid-april and started to reward users more than tipping before the end of april and now is the most important origin of the users reward.

You can see a large pump due to the implementation of the random rewarder and the community power.

So, you can see that numbers of article in May are nothing about the number of mid-June, when the frontpage of Read.Cash seems totally parasited by spammers wanting points.

Abandon of the old point system can be shown as the number of article decrease a lot, spamming doesn't giving point anymore.

This graph show the amount of comment per day.

As the number of article they were rewarded by point in the previous point system, so number totally increase with non-sens comment everywhere.

What a bad day to try to discuss with these guys.

Here is to number of communities created per day.

You can see the "featured communties boom", with a big increase in amount when Read.cash announced to only reward article allowed to be in a featured communty.

The total amount of Upvotes/downvotes per day. Nothing particular to say about this one, highest point is when upvotes were rewarded and refer to the "Upvotes Group Gate"

11.Tippers vs Tipped (during a week)

In fact this graph show that there is mostly the same number of person who tip than the amount of people who tip.

It's a wonderful natural equilibrium.

This graph show how many USD an upvote gave to the author of the post during time.

You wan see a peak in March 2020 it cannot explain.

That show the total amount of BTC in USD equivalent all Read.cash users have in their wallet, so almost 6.000 USD.

What a big amount, it mean there is an average amount of 1 USD by user.

This graph show one of the most interesting information about Read.cash users.

There is almost 2,000 USD of BCH that are on Users wallet who have not reconnected to their account since more than 7 days.

Maybe some of these account are totally forgotten by their owners.

You can choose to use your BCH reward to boost your article and be promoted on the frontpage.

It is a really good feature for people who want to gain audience with Read.cash found, so potentially freely if come from writting.

This last graph show the total amount of point given each day.

You can see the peak of the Upvote groups and the news users abusing of the old point system, and the large decrease by adding the featured communities change and the Random Reward system.

If you read that graph with the n°6, average point price you can calculate how much Read.Cash rewarded per day users.

That is the end of this long article which tried, by using Read.cash stats ressources to explain, in an only article how Read.cash rewards users and why users have to be respectful of that work which doesn't give money to their creator.

It's writted to be a beginner guide to every new Read.cash users to understand how platform works, that point are not free money and how to use in a good way that free tool.

If you enjoyed the reading you can tip me below to encourage me to write more content like that. 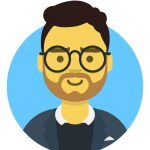 Sponsors of FrenchLegalAspect
empty
Become a sponsor
Get sponsored

Written by
FrenchLegalAspect
FrenchLegalAspect
31
1 month ago
In community: Read.Cash(f4d8)
Enjoyed this article?  Earn Bitcoin Cash by sharing it! Explain
...and you will also help the author collect more tips.

Public Blockchain Application - How Blockchain is changing Notarys Work in France
Read.cash improvement : BCH paid by the fund should be only used for tipping