Written by Cain
91
Bitcoin Cash supporter that likes to write.
2 weeks ago

Why am I still here? That's the question I've been asking myself lately. Why don't I just sell my BCH and move on?

I don't know about you, but lately I've been feeling rather hopeless. About the world. About the future. About BCH. And yet I'm still here, writing this column as if anyone cares.

I admit this whole coronavirus thing has me scared. I still go to work every day like everyone else at my job. I drop the kids off at school, and come home to my wife, and on the surface, life seems normal for the most part. But just underneath the surface the fear is always lurking there, this vague notion that the world is soon going to be very different from what I'm used to.

Never in my life have I ever felt like this. Sure there were times when I worried about my own future, when I stressed out about school, or work, or my relationships, but not about the world. I suppose it's because I've been lucky. I've spent most of my life living in sunny LA, where the streets are lined with palm trees, and there's a bar on every corner. Maybe that's why it's hitting me so hard. Why I can't escape this feeling of impending doom that's crept up on me these past couple of weeks.

It doesn't help that this has all coincided with price of BCH tanking. That our community is in shambles, and our thought leaders are too busy bickering with each other instead of trying to understand one another.

And yet I'm still here, still smoking that hopium and thinking BCH is going to pull through.

Plenty of people compare Bitcoin to a religion. It's not hard to see why. Those of us who believe in this project are taking a leap of faith. Especially those of us who haven't been around since the early days and are now just playing with house money.

Right now I guess you can say my faith is being tested. It's funny because I grew up going to church, but I never truly understood the meaning of that word until now. Faith. I would literally sit there during service, not listening to the pastor and his sermon, but asking myself what faith is, and what it feels like. I would wonder what the people sitting around me felt that I didn't. Well now I know that it's wanting something so badly that you can't help but believe in it.

But this begs the question where does my faith come from? Is it because the technology of Bitcoin Cash is so amazing I know it has to succeed? Or is it because my bags are so heavy I'm unable to think straight? I don't know.

What I do know is that the technology is indeed amazing. If it wasn't, if Bitcoin Cash was just trying to be digital gold, I would have left this community a long time ago. But BCH isn't BTC. BCH isn't trying to be like some piece of rock that's been around forever, it's trying to be this totally new form of money, the best money the world has ever seen.

As our world faces what could be it's next global crisis, a potential pandemic that every human on this planet should be concerned about, I find myself thinking we need Bitcoin Cash more than ever. I'm not saying Bitcoin Cash fixes this, but what I do think is it can give us another option, a new tool that we never had at our disposal before.

To me that's what I find most appealing about BCH. Yes, being able to send any amount of money, to anyone anywhere in the world, instantly, and basically for free, is game changing, but it's being able to do it without using a third party that can revolutionize the world. The fact that it's truly peer-to-peer without the need for any middlemen.

We always talk about decentralization in the context of Bitcoin, that it's what enables us to have censorship resistant money, but what blows my mind is that Satoshi's invention has the potential to give us an entirely decentralized world. A world where we don't have to rely on the powers that be to make things happen. A world that recognizes merit, where cronyism matters less. A world that maximizes efficiency, and supply can meet demand in the smallest of markets because Bitcoin Cash takes the friction out of transacting with one another. It gives us a new way to connect with each other. I believe that BCH can bring the world closer together. Because it's not just for the rich who can afford to transact with it. BCH is for everyone. I even believe that it might help us trust one another again, and make us see that we're all in this together, because when we can all use the same money, it's almost like speaking the same language.

As the world battles coronavirus, I can't help but think we would have a much better chance if we were all working as one global community, if we knew it was up to us as individuals to do something about it rather than relying on our governments to tell us what's what.

So I guess that's why I'm still here. Because I believe that the world can be so much better than it is. I never really thought that way before. I accepted the situation as it was, I didn't bother trying to imagine how it could be any different. But now my eyes are finally open, and it's all because of Bitcoin Cash.

So what about you? Why are you here? 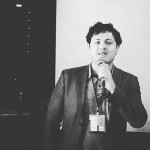 Written by Cain
91
Bitcoin Cash supporter that likes to write.
2 weeks ago
Enjoyed this article?  Earn Bitcoin Cash by sharing it! Explain
...and you will also help the author collect more tips.

BCC#8: To those against the IFP + ABC
BCC#2: A Puzzle (updated)
BCC#6: My choice
About us Rules What is Bitcoin Cash? Roadmap Affiliate program Get sponsored Self-host
hello@read.cash (PGP key) Reddit