Bitcoin ABC builds the most essential Bitcoin Cash infrastructure, our full node software which is used to produce almost every Bitcoin Cash block.

The Bitcoin ABC project also performs the essential tasks of maintaining this software, providing support for it, backporting Bitcoin Core code, defending the Bitcoin Cash network from attacks and more.

Currently, 90% of Bitcoin ABC developer time is absorbed with keeping Bitcoin Cash secure, running and updated. We must dedicate most of our minimal resources to “running in place” as we ensure the Bitcoin Cash network transcends scaling bottlenecks and remains up to date with the fast-moving Internet.

Work on new features barely registers in the workload at this time.

But we are not content simply to preserve the status quo. Bitcoin ABC is building censorship-resistant P2P electronic cash for the masses - Bitcoin that scales.

Bitcoin ABC is assembling a team of world-class engineering professionals to achieve this mission.

The work Bitcoin ABC has completed so far — on backports, cleaning up technical debt, implementing automated testing infrastructure and more — has us well-positioned now to make rapid progress on new features and significant improvements to the Bitcoin Cash protocol.

Reality is constantly changing and we must change with it. Keeping up with the latest tools and technology requires funding. Advancing the Bitcoin Cash roadmap requires even more.

The alternative is only to fall behind other cryptocurrency projects, to only worsen community polarization, to render increased adoption a hazardous endeavor and to only increase the eventual cost of building censorship-resistant P2P electronic cash for the world, assuming we are still able to at some later date.

The Competition is not Waiting

We want Bitcoin Cash to out-compete other cryptocurrency projects that are investing heavily in infrastructure.

But other cryptocurrency projects are not waiting for Bitcoin Cash. If we don’t grow, the rest of the space will move ahead of us. Remedying this only becomes more expensive the longer we wait. Bitcoin ABC is the only Bitcoin Cash protocol development team proven ready and capable of assuming this challenge.

Bitcoin ABC has a strong funding plan that offers Bitcoin Cash miners, exchanges, other businesses, projects, holders and users the opportunity to sponsor Bitcoin ABC infrastructure development and get concrete benefits in return.

We seek your feedback and participation in our sponsorship plan. We stand ready to hear your needs and see how Bitcoin ABC can help you achieve your goals.

The Bitcoin ABC vision is censorship-resistant P2P electronic cash that has low fees, is instant, easy to use, fungible and scales to meet the daily payments demands of billions of daily users around the globe.

Bitcoin ABC envisions a world where billions of people use Bitcoin Cash to make daily payments of basic necessities, for investments and loans, for international trade, remittances and much more.

We believe this is a civilization-changing technology which will dramatically increase human freedom and prosperity.

In pursuit of that vision, Bitcoin ABC builds and maintains the most essential infrastructure for the Bitcoin Cash ecosystem in the form of our Bitcoin ABC full node Bitcoin Cash software. Our strategy is to build a professional and stable Bitcoin Cash full node client that permits the efficient mining of tens of thousands of transactions per second (TPS), as well as complementary high-capacity tools.

All of this so that Bitcoin Cash businesses can build their business models on a solid foundation, and be profitable themselves.

We aim to support the key features of digital cash, including the following:

The Bitcoin ABC vision is quite simply to continue innovating as we grow Bitcoin Cash’s leadership position as censorship-resistant P2P electronic cash for the mainstream, with low fees and instant payments.

This vision depends on our ability to deliver our roadmap, which requires funding.

Join us in building censorship-resistant P2P electronic cash for billions of daily users and realizing the vision that is Bitcoin Cash! 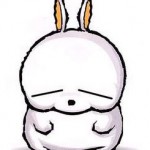 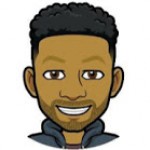 62
Building Bitcoin Cash infrastructure for a world of P2P electronic cash 为点对点的电子现金... [more]
3 months ago
In communities: Bitcoin Cash by sploit(8cc0) , Bitcoin Cash(e11c)
Enjoyed this article?  Earn Bitcoin Cash by sharing it! Explain
...and you will also help the author collect more tips.