read.cash is a platform where you could earn money (total earned by users so far: $ 201,393.71). You could get tips for writing articles and comments, which are paid in Bitcoin Cash (BCH) cryptocurrency, which can be spent on the Internet or converted to your local money.

With more than 20 contributions, we were able to complete Bitcoin Cash House Flipstarter in a full month

Although I think meeting the goal now is on my side, all the work that comes is huge, I'll leave them here in read cash constantly

I want to thank those who made possible the difficult activation of the campaign @emergent_reasons y @corentin who are part of the Flipstarter team, and also thanks to all those who support the BCH initiative on the side of those who want S.N.'s vision as a P2P currency and that teams reach financing to do even bigger work

After several meetings, and seeing that there is still a lack of work in Latin America for bitcoin cash it is better to do a more coordinated job, and in my proposal to expand the offices of public attention bitcoin cash hose we could start with guaranteed education and remittances in the Venezuelan case

At least it's a proposal closer to reality, we've already put it into practice and it's time to grow it more.. BCHouse already exists in other countries around the world, and we will gradually demonstrate that if it can continue to grow

Some here need no introduction although they are one of the most contributing to the community around the world, @majamalu @MarcDeMesel @molecular @RogerVer@Read.Cash @btcfork They were the first thank you very much

If anyone doesn't have a read cash user I suggest you open one @f-22 @seventh.sense @Chris Troutner @AkaneYokoo @BitcoinOutLoud Thank you for believing in me

those who are as anonymous equally thank you very much for contributing @yourliestophere @Omar @georgedonnelly @lopokoko @lugaxker Always very attentive for a long time, we are now more committed to working

Thank you to everyone who took some time and helped us, now as I repeat there is only more hard work left @Noob @ChainXOR @spice_trader

We will now move on to the process of updating the entire structure, social networks, website, and creating a record of the use of funds to make work more transparent for the whole community, in addition to it monthly reports and constantly posting here in read cash on the rest of our platforms that dominate the community 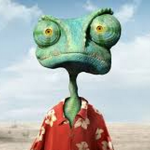 Sponsors of BCHouseVE
empty
empty
Become a sponsor
Get sponsored

ALERT: Stand at a Shopping Center, BCHouse Argentina and BCHouse in Colombia
Plan to Stop Spam in Read Cash
December 30th We Went to the Streets