A new partnership has been announced by Moscow based Waves blockchain platform, this time with the Russian branch of software giant Microsoft. The partnership involves a five-year collaboration to tokenize the equipment of the Microsoft branch.

Waves Enterprise is offering private blockchain solutions to corporations. It was formed after the end of Waves partnership with the Russian government and private investors for the development of the Vostok Platform. The creation of the Vostok platform had secured Waves a deal worth $120 million.

The sale of the Vostok coins owned by Waves founder Sasha Ivanov a few months after the release of Vostok ended this partnership and resulted in the collapse of the price of Vostok cryptocurrency (VST). GHP Financial Group is now the sole owner of the Vostok Platform. The website of Vostok (vostok.io) is inaccessible and there is no news available for this project for many months.

Waves price also suffered during that time and only lately it seems to be trying to escape a two-year bearish chart.

Price of $WAVES reacted positively and is now up by 15% at $1.51 which is close to major resistance.

It is also important for Waves that the Russian government added in April Waves Platform to the registry of Russian software, computers and databases, describing it as: “cloud-based distributed ledger service and service for virtualization and storage of data.” (Source). This recognition of Waves by the Russian State creates a favorable environment for co-operation with the public and private sector in the Russian Federation and one result is the recent partnership with Microsoft's Russian Branch.

Waves Enterprise also explained that any development from the Microsoft partnership will be used by Microsoft internationally.

Russia is lately once again considering regulating cryptocurrencies, a decision that has been delayed for years because of the uncertainty of the sector, the high volatility and the risks and dangers involved.

The positive effects of blockchain technology are already known and governments worldwide are striving to adopt the technology and integrate into various financial and industrial sectors of their economies. It is expected for blockchain technology to be part of the future technologies that will lead the 4th industrial revolution, along with technologies as AI, Robotics, and machine learning. Mineral, farming, and other supply chains are already been tested on blockchains as there is a need for transparency under a tamper-proof network.

Founded by Sasha Ivanov in 2013, Waves is a platform that allows the creation of cryptocurrencies running on the native Waves blockchain. Waves token are similar to ERC20 and TRC20 tokens. Waves Platform utilizes smart contracts for their creation and has created its own programming language called RIDE, an efficient language suitable for the development of dApps.

Waves also has its own decentralized exchange (DEX) "Waves Exchange" which has been redeveloped since 2019 and now has higher liquidity. It is a desktop and mobile app which offers a non-custodial wallet and trading solutions for most cryptocurrencies with trading pairs between BTC, USDT, ETH, and Waves. 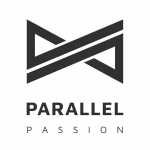