Taking back our identities

The internet has become increasingly centralized. Google, Facebook, Reddit, etc., dominate online social forums and take more and more control over both our ability to speak to one another, but also our data. Yet, our ability to maintain a free society is at risk when we can no longer pseudonymously publish content online. Your anarchocapitalist twitter account? Twitter surely ships your data off to a place like LiveRamp that detangles all your accounts, and devices, into a single entity for online advertisers to track you. Speaking out anonymously, and safely, becomes impossible. Access to this data is one government request away.

There are two main enablers of this destruction of our autonomy:

I believe the lack of true digital anonymity will be one of the biggest problems we face this decade. And I believe that Bitcoin Cash can solve both of these problems using what was the original purpose of Bitcoin. That is, to serve as a digital cash for likewise intangible valuables.

Hal Finney, a key contributor to Bitcoin, had the dream of a digital currency he called “reusable proof of work” (RPoW). The concept is simple, digitally tokenize real world resource consumption. Here's what he had to say about it:

"RPOW would facilitate the use of POW tokens as a form of bit gold by allowing the tokens to be passed and exchanged from person to person.

POW tokens have been proposed as a form of pseudo-payment in several applications. One example is email. An email message containing a POW token would be relatively costly to send in terms of computing power. A POW token could then be a sign that the message was not spam."

Bitcoin Cash is the working implementation of RPoW that Hal Finney envisioned. We now need to make the rest of his dream reality.

While working on Bitcoin ABC, I thought about this concept quite a lot; and about how current wallets were not being developed for privacy and scale. About a year ago I stopped actively working on Bitcoin-ABC and instead started working on a new wallet and associated services to fix the aforementioned problems. Several other developers have joined me in working on this, and for that I am very grateful.

This wallet, and associated open protocols, solve these problems and give us a chance to take back our online identities -- being anonymous if we so choose. It solves these problems by providing frictionless payments for any digital service, and attaching real value to messages in order to limit spam and place the cost of spamming back on the sender of messages.

We currently call the wallet “Stamp” and the intent is to serve as a reference implementation for a client that uses a set of protocols which any wallet can implement in the future. The protocols enable direct wallet-to-wallet communication via a network overlay  on top of Bitcoin Cash.

The overlay network (which we call the CashWeb) is able to be open and unmoderated due to the associated exchanges of BCH between users. Non-spammers pass small amounts of BCH amongst themselves while having high-value conversations for small mining fees. People broadcasting to many people will find themselves soon out of money. Every message, between users, is passed via relay servers similar to SMTP but encrypted end-to-end. Relay servers cannot read your messages, nor can they moderate based on the contents.

Having a overlay network available to wallets enables a number of things which cryptocurrency enthusiasts have envisioned but not been able to implement for awhile:

It also enables a few things which were not envisioned:

An internet which is the product, rather than an internet where you are the product.There are so many other things which can be built on top that I cannot even imagine. My hope is that once the basic product is built and usable that many other developers will bring their own ideas and participate.We currently have a proof of concept built and are refining it as we use it and see where breaking changes need to be made. Here’s a screenshot of the current system:

Although it currently looks like a telegram clone, this is just one option for how to layout a wallet, and there are many more things this technology enables beyond simple encrypted chat.

If you think this is as exciting and important as I do please reach out to me via telegram or twitter.

If you are not a developer, you can contribute time by alpha testing, or by contributing donations to bitcoincash:qq7vt04md0pt6fk5szhcx4cgsfuzmppy5u4hxshr4a or by tipping this article.

These donations will be used to hire engineers and to accelerate development of a production-ready mobile version of this wallet. 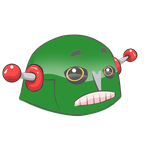 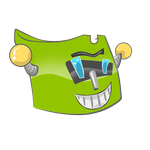 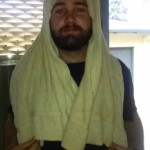