Why Bitcoiners Should Be More Selfish

In overriding your self-interest for a sense of group identity, you are weakening bitcoin.

I’ll never forget during the block size debate when the always eccentric Daniel Krawisz referred to BTC maximalist Jameson Lopp as a “floppy man”, modeled on the character LeFou from Disney’s Beauty and the Beast. It was entertaining, cutting, poignant, and a little sad.

Lopp had tweeted about how he was ready to double down on small block BTC, divest all his BCH, and if it meant he lost everything he would be proud of his sacrifice for The Cause. Like LeFou, his own personal interest and identity were utterly subsumed in a Great Idea he aspired to, even to his own demise. In fact, the more he suffered, the more pride he felt. He was not alone. An entire sub-genre of crypto Twitter one-downsmanship emerged.

Perhaps this kind of denial of self is admirable in some contexts. Bitcoin is not one of them.

Falling on your fork

If the success of an idea or innovation requires each individual involved to be unsuccessful, it won’t break out of cult status. If to be a part of bitcoin (or a particular fork) means to fall on your sword, suffer inconvenience and loss, publicly display acts of devotion, dissociation from alternatives, purge and shame dissenters, and play the ever escalating proof-of-loyalty arms race, then only self-destructive people will be a part of bitcoin.

It is a strange thing to see litmus tests in the bitcoin community. Reddit bots that report how faithful a user is to the Correct Subs and grades their purity. Requests for proof of personal skin in the game as a precondition to engaging an idea. Demands that anyone discussing one fork first deny all others. Belief that criticism is dangerous. Calls to not listen to anyone who has entertained other coins or roadmaps.

These are limiting beliefs. They are collectivist, not individualist. They are not selfish enough, and it’s not just the individual adherents who suffer, but bitcoin.

Be demanding, not defending

Bitcoin holds the promise of global money and much more. To achieve that, it must be exceptional in every way. To be exceptional, it must be forged by feedback from early users. They must demand excellence if they want an excellent result.

The system works best when you demand it works best.

Blind brand loyalty feels like a competitive moat. It feels safe. But it hides the seeds of destruction. It creates a hedge that slows the feedback loop for improvement and begins a cycle of ceding ground to upstart competitors.

Early advocates need to be the most demanding. The harshest critics. The most objective. That ensures the most robust system emerges.

Bitcoin is a long game. It won’t be won by sweeping problems under the rug or making fun of fiat defenders or other chains. It will be won by demanding the most from your own.

I used to clean bathrooms at a golf course. The manager was a hard-ass. She’d inspect with a fine tooth comb. In fact, she once literally unfolded a paper clip to scrape nearly-invisible gunk around the place where the drain meets the porcelain. She said, holding the tiny speck up to the light, “You missed this”.

I said, “No one is going to notice that!”

She replied, “But I notice.”

That kind of ownership, pride, and perfection is what made her golf course great. She didn’t defend it to her customers. She didn’t do the minimum they’d put up with. She was harder on it than anyone else, because she cared about it more. She was selfish. Not a cheerleader for her golf-course, but a drill-sergeant. She wanted it to serve her desires and demands.

The early users and tinkerers and commenters who bounce between coins with little loyalty, experiment with everything, ask questions, poke holes, and wonder why the experience isn’t better; you may call them Enemies of The Faith, but they are friends of bitcoin.

Being selfish means you refuse to walk away from any content, individual, or idea without gaining some value.

A selfish person demands value, even from adversaries. A loyal conformist offers sacrifice.

This may sound pessimistic to you. You may think by warning against too much cheerleading I’m advocating perpetual naysaying and armchair criticism instead of optimism and exuberance.

I am not. Quite the opposite.

I’m an optimist and a big believer in consciously adopting an optimistic outlook.  I’m also a huge fan of discontentment.  I see these attitudes as complimentary, not contradictory.

Optimism is a belief in the possibility for a better future.  It’s about seeing opportunity in every situation. A chance to improve the present condition.  It’s an eye trained to see the way in which the most good can be extracted from everything.

Discontentment is a restlessness with the status quo.  It’s a refusal to leave well enough alone or make peace with, “that’s just the way things are.”  Ludwig von Mises describes discontentment with present circumstances as one of the three preconditions to any purposeful human action.

It’s not all roses.  Which means there is an amazing opportunity to plant some.

Power to the unthreatened

You can tell who’s powerful by looking at who you’re allowed to openly mock without pushback. A lot of people think it’s the opposite. They think whatever groups or ideas result in the most pushback for criticizing are those with the most power. That is incorrect.

They may have some kind of temporary political power, but the mere act of enforcement and pushback reveals a deep insecurity and lack of real power. The more threatened you are, the less powerful.

A weak person or cause needs to call on mass campaigns, shouting, shame, or coercion to support their claim. A strong person can ignore or laugh right along with the haters.

A powerful bitcoin is an unthreatened bitcoin. A selfish person isn’t interested in shutting down threats, but ignoring them or selfishly extracting any information or feedback from them.

Bitcoin needs to create value for every individual if it is to succeed in the long term. If you subvert your own interests to the cause of protecting bitcoin from heretics, you don’t strengthen it, you make it weaker.

Don’t fall on your sword. Keep it sharp, but for your own efforts to clear away the brush and forge a path. Go boldly into the wild seeking your own interests and demanding the most of the things you care about. Don’t demand conformity, but curiously seek dissent.

Oh, and one more thing. Have fun.

If the process of advancing a freer money is making you a less free person - a slave to the news, Tweets, or bad ideas of others - you’re missing the point.

The great paradox at the heart of my argument is the same one at the heart of Adam Smith’s Wealth of Nations. It’s not by seeking the protection and well-being of The True Bitcoin, but by seeking your own self-interest you best advance the interests of bitcoin. 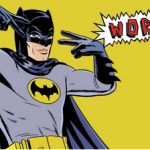 Do You Need Patents to Incentivize Innovation?
11 Lessons from Building a Company
How to Ask for Money for your Bitcoin Project
About us Rules What is Bitcoin Cash? Roadmap Affiliate program Get sponsored Self-host
hello@read.cash (PGP key) Reddit