The choice is yours

Written by
aniruddhasen
aniruddhasen
130
A life long learner. The aim is to live with experiences not dreams.
2 weeks ago

Our life is all a game of choices. From the smallest things to the biggest things that affect our life is the culmination of the choices we have made. This process in our life starts quite early when we start developing an understanding of what is going on around us.

Emotional choice will invariably lead to problems later on as it is not based on reasoning. It is applicable to both materialistic choice and interpersonal choice. Emotional choice can lead to buying things which we actually don’t require or it is beyond our means at that point of time. It can be an Apple I phone, or a big television or a house. Intellectual understanding of what is good and bad for us does not constitute an emotion but here should be some psychological disturbance around it. Like in above examples if we take the purchase of Apple I phone. The psychological disturbance can be in the form of constant nagging of wife or children to get an I phone instead of an android. Emotion predates the rational thinking in human evolution, so until the cognitive thinking is developed fully we will tend to fall back towards emotional choice. Debt which we pile up is mostly due to our emotional choice. Our emotional choices are invariably influenced by some form of deficiency in us and to make it up with only a short term goal in mind.

Interpersonal choices are like choosing a friend or a life partner. A friend who is not reliable but rich may be our choice of friend due to our unfulfilled desire to be among the elite social circle. A major factor in interpersonal choice is marriage. It has lifelong implications both materially and emotionally. A rational decision is more important here. But mostly the age is such that people tend to take wrong decisions which causes lifelong pain.

In those years of immaturity, for a man choosing a wife based on appearance, materialistic modernity and prestige in society becomes a priority. The short term gains and pleasure becomes a priority, even if that goes beyond his means. At that moment the future becomes less important than the present, but the effect comes in the future. Such a choice can lead to excessive entrapment of materialistic demand and entertainment and fashionable lifestyle.

However if the choice is based on the basis of own financial condition and the merits of the ‘would be spouse’ considering the long term aspect, then the criteria of choice will be different. Now the primary concern will be the home, simple living, living within the means, holistic discussion about the future, the right use of the available resources.

The choice taken between the two types of choice can chart a completely two different portrayal of the future. The first choice may lead to a baggage full of problem later in life while the other choice will lead to a satisfying and successful life. The one we say as they happily lived ever after.

For all aspects of life a rational choice will create a healthy environment around us and foster constructive thoughts and actions. An emotional choice will lead to unwanted emotional baggage of mental and financial pain, and excessive materialistic pleasure. 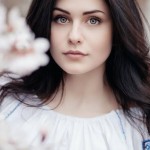 Sponsors of aniruddhasen
empty
Become a sponsor
Get sponsored

Written by
aniruddhasen
aniruddhasen
130
A life long learner. The aim is to live with experiences not dreams.
2 weeks ago
Enjoyed this article?  Earn Bitcoin Cash by sharing it! Explain
...and you will also help the author collect more tips.

The search ends, the journey begins....
Thinking is writing, writing is thinking
The secret Aryan race of India and pregnancy tourism.
boosted
Inktober 2020 almost here
Helloooo, helloooo, hayyyy! I am so happy to beeing so close, I have been working hard to be in advance and not stress about it. I must say the side of posting, writing, on different platfor...
18
10 31 $ 1.42 @ZiraZir 2 min 1 day ago
boosted
The 20 Best New Fiction and Non-Fiction Books of 2020
We have almost made it to the end of 2020 and so in celebration we give you the best books of the year. We’ve put together an eclectic list of the best fiction and non-fiction audiobooks tha...
77
21 317 $ 1.74 @AudioBookLinks 18 min 23 hours ago