Mythbusting: We need a developer-fund

This myth has been going around the crypto sphere for some time.

Competing coin Dash has a system where funds are continuously generated that pay for further development. They have the 'developer fund' built in.

Most people propping up this myth are not so blatant as Dash, but the concepts are always similar that either some social pressure or maybe a forced method there will be funds routed towards development.

To understand this myth we have to understand the actual goal. There are a lot of moving parts in a crypto coin like Bitcoin Cash. Further, many companies would like to see their specific use case better supported which may mean that certain limits should be made better or even removed. New features may need to be implemented and naturally the software stack that participants use should continue to be maintained.

There will not be anyone that disagrees that the work is ongoing and people working on this should have some incentive to do this work. The problem is always explained based on the assumption that nobody funds it and thus we need some fund or foundation or society where monies are gathered to fund the research and development.

Having a Foundation hold the funds

This is a logical conclusion, a foundation that accepts funding and does fund-raising with the mission to further the development of the coin. The arguments are that this is democratic, somehow and without funding, competing coins will take our market space.

Lets examine the approach we have seen suggested repeatedly in Bitcoin Cash a bit closer.

The basic premise is that some developers are going to get hired and do some work. Both usages of "some" in that sentence are intentionally not specified. The decision who to hire and what to work on is going to be made internally by a committee that, hopefully, have a lot of knowledge in this regard.

At first this level of control and planning seems beneficial. Get money so you can hire the best people to make those hard decisions!

The problem is that this creates a single point of failure of decision making. In the entire history of mankind anything centrally planned has always been outperformed by the open markets, in the longer term. This is because a lot of unintended consequences occur in any centrally planned system. And if you are interested in Bitcoin Cash, you probably are already leaning the direction that decentralization is a good thing.

A foundation or society will have a committee and a limited set of developers and soon you'll have preferences and decision makers. Lack of new ideas cause tunnel vision and past decisions guide future ones more than is healthy.

In comparison, the open market is ruthless in deciding what works best. If there are two projects, "avalanche" and "storm", then the market will end up running the one that has the most benefit for the most people. That is economics 101 for any open market. Competition happens in a ruthless manner.

As any foundation distributing funds will require, we get a funding committee and the money will be limited and there will have to be a choice between those two projects. And as soon as the decision is made to put money into developing one choice, then this project will be completed even though months later it may turn out not the best one.

Anyone that has ever worked in a (software) company knows this scenario. This is just a result of people being people. There is absolutely no need for people to be evil. This kind of choices happen in centralized systems. It is inevitable.

The downside of creating a funding society for development is that you create a centralized point of failure.

This additionally creates a power-hub where the members have an extra-ordinary amount of decision power over the future of the protocol.

The combination of centralizing decision power over the protocol and the foundation's need for funding will create what is known as the self-perpetuating organisation. It means that this foundation can not ever decide its mission is finished and it should be disbanded. As such it will continue far after the need for it has expired and it will create ways to keep its importance and create the need to fund it. Real life examples of this can be found in certain government departments.

The resulting effect is that after some time the foundation will actually do more harm than good because the foundation is required to find ways to sustain its existence. This unwritten goal to survive supersedes the operating goal. It will make decisions first on staying in power and second on supporting the coin it was meant to support.

Decentralize all the things!!

Centralized, planned systems assume that a small number of presumably smart people are better at deciding the market than the market itself. There is no evidence to support this model is successful and quite a lot of evidence against it. The current financial system is probably evidence number one against this idea.

A funding system for developers is essentially re-creating the entire thing that Bitcoin was created to get away from. We even split off from Bitcoin Core because it had developed exactly the same kind of setup of central decision making.

People may support those that do the work that they value. Companies could contribute in ways that make sense for them, sharing knowledge or developer time for instance.

The contributions made to our shared infrastructure cost those companies, but they gain more. As Wired stated; (emphasis mine)

They recognize this will accelerate not only the progress of technology as a whole, but their own progress as well. It's altruism with self-interest. And it's how the tech world now works.

Those companies that put resources into the open source infrastructure have a strong interest in picking a project that creates the most value. As opensource.com wrote in 2016:

When you share without collaborating, you're missing something important. It's the intent and mindset behind an act of sharing that fosters openness. Think about it this way: Are you sharing something just because you want other people to accept, embrace, or adopt it in its final form? Or are you sharing it because you're inviting them to work on it with you?

A foundation that accepts only money is by design a one-way street. At best they will listen to the big players, but collaboration is not in its best interest. Just like your government or bank is not really interested in you drafting new laws or printing new money. A foundation would say that collaboration is fine as long as it doesn't touch anything important.

The rest of the article from opensource com is worth a read too.

A foundation or society (or whatever the name) that gathers money to do development work is actually gathering decision power and influence. Centralizing this decision power and giving the power over the future of the protocol to a few people.

Regardless of how smart and how benign these people are, the results are always worse than allowing a market place where ideas compete and where mistakes will not hurt the market as a whole. The open market has a much better track record.

Furthermore, the Bitcoin Cash was created to get away from such decision systems in the first place. Lets not make the same mistake.

A much better solution is to embrace what has made Open Source great for decades now. Companies and individuals that share their knowledge, work and time contributing to our shared infrastructure. Their main business is helped by this altruism in the infrastructure area.

As open source has grown over the last 40 years from an odd hobby to now running the worlds infrastructure, we learned what projects have the best chance of "paying back" our investments. As the linked opensource.com article explains, there are various ingredients that are important which a foundation can not supply.

We would do well by not just supporting open source but also open collaboration and transparency. Because these together create a mindset that yields extraordinary results. 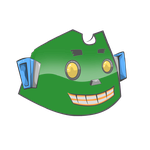 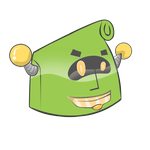 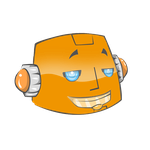 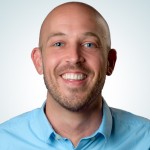 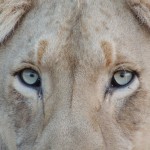 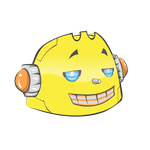 Re-thinking transaction mining priorities.
Double Spend Proofs: What they are and how they work.
Mythbusting: SPV is not secure
About us Rules What is Bitcoin Cash? Roadmap Affiliate program Get sponsored Self-host
hello@read.cash (PGP key) Reddit