read.cash is a platform where you could earn money (total earned by users so far: $ 201,403.95). You could get tips for writing articles and comments, which are paid in Bitcoin Cash (BCH) cryptocurrency, which can be spent on the Internet or converted to your local money.

Written by
Ruffa
Ruffa
500
Welcome to my Life..
3 months ago
In community: Worldwide Ideas(ae97)

I have so may article that is saved as draft here in read.cash, all of them are pending because I have a what they called "Writer's Block," charrrr haha. Anyway I don't have a topic so I'm just gonna share my Cat story, I mean about what happen to him. But this is not Mikay's story this is about my other Cat, we call him "Banban."

"Compassion for animals is intimately connected with goodness of character; and it may be confidently asserted that he who is cruel to animals cannot be a good man."

Other people see animals as a thing that they will just make fun of them and hurt them. Other people do things more animalistic than my Cat. I think they find it funny to hurt them, because they can't do a more significant things that is why they do this to him.

This is Banban when his tail is still intact or attached to his body. This was taken last year that is why he looks so small but Banban really got bigger and his tail become longer too in the past year, not until that accident happened.

Banban is in heat that time when it happened. But even if he is in heat he still eat his food before he go to hunt a woman cat, but before he really doesn't eat for I think 4 days or more because it's time of their mating season. There's a time also that he didn't go home because of the same reason, he's in heat. And my mom will go crazy because he doesn't eat, didn't go home anymore and she's worried because of it, and she will call him again using a "Gatangan ng Bigas" to make him go home.

So that day, before Banban go somewhere I fed him a food so that he will have energy when he you know, and he eat a lot, he's really eating much because I think he will need it. Our cat actually has their own viand, they will have fish and we'll have dried fish. My mom love them so much because she will I mean me, I am the one who's feeding them always and mom is the one buying their food. I always fed them first before we eat, aside from eating rice with fish they also have a cat food for snacks, they always ask for food every midnight that is why. And imagine what we felt when we see him with a cut in his back or in his tail, his tail was almost remove because of the cruelty of that fu**ing as*h*le.

I blurred the part where he has a cut in his tail. Good thing his balls didn't get cut, just his butt and his tail. I think they were holding him when they do that to him, and when I say they, it has 2 culprit. Why? Because Banban is not so good with other people if it's not us. He is elusive, no once can hold him because he will run once he saw unknown human to him.

Some people here who saw Banban situation had a guess that maybe they do that to him because he is stealing a food or whatever. We will just answer them that it is impossible because I FED HIM before he go somewhere. And it happened in the morning, I think around 8 am. I saw a lot of blood in front of my Mama's house, and I thought it was just a blood of our dog who has a menstruation that time but when my Mama look for it, she follow the drop of blood and that's when she discover of who's blood it is, she call me because it is Banban blood.

Also that day, he can still eat even if he has a cut in his tail, and that's a good thing because we can give him a medicine for pain and for anti bacterial. We don't have a budget to bring him to a vet that is why we just give him medicine and put Betadine to his wound. But it only last for 3 days because on the fourth day, he won't eat anymore because I think he can now feel the pain that time. Also on the fourth day, at night he move to a place that we can't easily see him. He didn't go home for 10 days and on 11th day, he finally get home but with his tail gone, it is really sad, I feel sorry for him.

Imagine he didn't eat for 10 days and when he get home, he finally eat. But his look is like he was dying because his eyes is like "Nanlalalim" na, or sinking eyes, something like that. And he only eat fish, he won't eat rice, just fish and water.

Starting that day, we continue his medication, but we don't put his medicine to his food, we only put it in his wound and he will just clean it with his tongue, so he can still eat his med by doing it. We start his medication on September 26, that's the time he gets home. My Mom just suggest to buy Amoxicillin 10 pieces and Mefenamic 10 pieces and both of them are Capsule also, we mixed both medicine and put it directly to Banban wound. And it's very effective, he didn't lost his appetite to food so he is recovering little by little. We stop putting that 2 mixed med to his wound and we just put a Betadine until today.

This 3 picture was taken on October 13, he is still in his medication as you can see the white thing in his back that's the med were talking. I bring him outside in the back of our house because he want to do his things. Before, he just stay outside in our house, we never let him go outside and because his walking is affected, he can't balance himself because of the wound. He poop and pee inside out bathroom, we teach him some manners that is why he knows where to poop and pee and I will just clean his dirt, I'm his Nanny by the way.

This was taken today, just a while ago. As you can see his wound has really become smaller and it is starting to grow his hair too minus the tail, huhu. He eat too much everyday and that is why I'm sure he will recover more and more anytime soon.

I am happy now, I mean we, because his getting better day by day. We really thought he can't make it because he really didn't go home for 10 days and didn't eat too. My Mom is so sad and questioning those maderfader, why they didn't just kill Banban, why they have to make him suffer like this. She even cry once because he can see that Banban is really having a hard time that time. She said that, she can feel what Banban is feeling because of his big wounds.

Why there are so many cruel people in this world. Even if they are just animal, they have life too, and we didn't take so much care for him just so they can hurt him. I wish they won't experience what they do to our Cat, but if ever it also happen to them, I will be very happy and I will just say "Serves him right!!!"

"Only when we have become nonviolent towards all life will we have learned to live well with others." 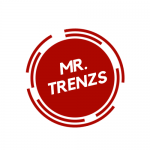 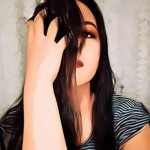 Written by
Ruffa
Ruffa
500
Welcome to my Life..
3 months ago
In community: Worldwide Ideas(ae97)
Enjoyed this article?  Earn Bitcoin Cash by sharing it! Explain
...and you will also help the author collect more tips.

Will I trade again?
Participate to Photography Contest by @aminul.
2021 Goal: Spread News about Bitcoincash (BCH)