read.cash is a platform where you could earn money (total earned by users so far: $ 203,509.26). You could get tips for writing articles and comments, which are paid in Bitcoin Cash (BCH) cryptocurrency, which can be spent on the Internet or converted to your local money.

Why aren't we doing something about SPAM?

Written by
Read.Cash
Read.Cash
4423
Talking head of read.cash
8 months ago

That's the question I now get multiple times a day.

We actually are doing a number of things.

What you are seeing is the tip of the iceberg. There are tons of bans and removals going on that you haven't even seen.

To figure out why you're still seeing spam you need to understand how hard the task at hand is.

read.cash has a somewhat permissionless registration process. You need an email and that's about it. With Badger Wallet you don't even need an email.

So, let's say we see a big time spammer.

What do we do?

Well, we ban him.

What does the spammer do?

He registers a new account in about 1 minute and continues to do what he does.

Ban an IP? Proxies are cheap.

Put captchas everywhere? Spammers can buy access to captcha solving systems for less than $0.001 per captcha solved. Normal users on the other hand will be annoyed to no end that they now have to enter captchas.

As we grow bigger and bigger, the problem of spam will become even more sophisticated. There will be bots registering new accounts, posting spam faster than we can even read it, nevermind react to it.

You can't fight this by bare hands. You need software (think: bots) that protects the site.

Then there's an issue with what exactly do we ban? Let's say somebody posts: "Hey, thanks for the article! It's really useful"... Is it spam? Can we ban for it? No. We can't really, because there's nothing wrong with this post. Sure, maybe the guy posts this under every article (though it's already not really possible). But overall it's not malicious to thank the author.

We could of course say "Relevant comments only," but who and how decides that a comment is relevant? Especially for hundreds of articles per day and thousands of comments.

That's why you (as an author) already have the tools to block people under your articles. That's one first step we've made.

In the meantime, we are deleting some big time spammers and closing loopholes (such as posting same or very similar comments) and developing some stuff (which we'll reveal in due time).

Again, spammers have a lot of time on their hands. So, if there are one hundred spammers - that means we need to read thousands or tens of thousands of comments/articles and decide whether that is spam or not. It's not possible with our small team.

So, there are four ways to solve the problem.

First of all, we could, of course, cancel the point system. But that doesn't mean that spam will go away, because Facebook, Instagram, Medium doesn't pay authors (see here, for example, and Medium has 80+ employees, we don't even have 5, Medium is 8 years old project with tons of money, we are 7 months old with barely any money), but the problem of spam is still there on Medium.

Second, we could develop tools that can detect and react to spam faster than our team can. That's one of the things we do. But, software development is a slow process. We don't want our software to be blocking good authors and removing good content, so we need to test it rigorously.

Third way is to make it not worth spammers time to spam. Building an economy of sorts where spamming is more expensive (in time and money) than the rewards. That's also one of the things we're working towards. As an example, as of today, you can't post comments that are too similar to any comments you posted recently.

But again, we need to develop the software that will enforce these rules. Again, it's a slow process.

Four way would be to either close the registration or close the site. Neither of these achieves anything good.

Wouldn't it mean that some good authors will leave?

As sad as it is, yes, that means exactly that. We don't have any way right now to stop that from happening. Maybe they'll come back one year later when the problem is mostly behind us, maybe we'll see other new good authors. Who knows. In the meantime, the only thing that we can repeat for now is "Sorry, we're working on it, have some patience."

We have published an even longer explanation of what we do and why we do it here. 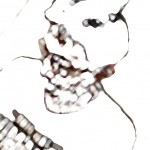 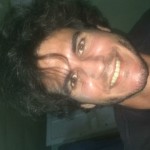 Written by
Read.Cash
Read.Cash
4423
Talking head of read.cash
8 months ago
Enjoyed this article?  Earn Bitcoin Cash by sharing it! Explain
...and you will also help the author collect more tips.

Subscriptions
$50,000 in tips 🎉
The affiliate program is live