Mythbusting:"BCH fees would also be high with increased usage"

Written by
Mr-Zwets
Mr-Zwets
36
No bio yet...
10 months ago (Last updated: 8 months ago)
In community: Mythbusting(8b0b)

A common argument to excuse the high fees on the BTC network is that any cryptocurrency would also have high fees if they had the same amount of network load. This argument does not hold ground and comes from a lack of understanding.

A good analogy is a bus stop, where a bus passes roughly each 10 minutes and each bus driver can set his own fixed fee for a ride. This situation works for as long a one driver can pick up all the people waiting at the stop. When there are consistently more people who want to get on than there are seats, things change and people are bidding up against each other to get on the bus. Those who do not want to pay more and do not participate in the bidding to get on a bus, will be waiting a very long time at the stop. The bus service suddenly becomes slow, unreliable and expensive.

(here is a great article exploring the analogy more in depth, the analogy works so well that it could be turned into a cartoon video to explain the blocksize debate)

Just like in the bus analogy, miners can always choose what and how many transaction they want to include in the blocks they mine. So you always have to include a fee sufficient for a miner to be willing to include your transaction. When you have a limit that only enables miners to process less than the organic demand, a bidding war for blockspace begins. What makes it even harder is that you do not know who the next miner will be, you have no idea what other people after you will pay and because of the variance this bidding may go on for way longer than the average 10 minutes and create a huge backlog. The best example of such a bidding war happened during the craze of 2017, where the average transaction fee hit over 50$, with some of the bigger and more complex transactions costing hundreds and even in the thousands in dollars.

The limit was introduced by satoshi in 2010 as a technical parameter to counter possible spam attacks to the bitcoin network. The maximum was set at 1 megabyte which was orders of magnitude higher than the usage at the time as can be seen on this graph. One megabyte constrains the maximum throughput of the BTC network to about 3 transactions per second (using the historical average transaction size). The last upgrade to the BTC network, which happened more than 2 years ago, called Segwit, does allow for slightly more transactions to be processed by the network. If fully adopted by the network it would allow for the equivalent of 1.4 to 1.7 megabyte blocks (depending on your assumptions for the calculation) by doing a clever accounting trick.

The 1MB limit has not been changed on the BTC network since it was introduced but its function has. Instead of a technical anti-spam measure it became a political parameter and cause of the civil war in bitcoin also known as the great bitcoin scaling debate which concluded with a split of the bitcoin network and community.

This limit on the maximum blocksize in bitcoin is exactly the same as a government quota from an economic point of view. Just like a government interfering in the economy, this quota also leads to loss of value for the system (deadweight-loss) and opportunities for middleman to take advantage of the crippled market.

This concept is very well articulated by Amaury Séchet, co-creator of Bitcoin cash, in a presentation 'Back to the Basics' at the future of bitcoin conference in Arnhem 2017.

Once you understand the blocksize limit you can see that fees on BTC would never be so high if they just has a modest 2 or 4x increase. The limit has merit for the function as anti-spam but should never lead to consistently full blocks. Keeping the limit was the biggest change to happen to bitcoin in its history, changing it was not. Bitcoin Cash has a 32MB limit so will not have bump into the limit in the foreseeable future. The limit is orders of magnitude higher than daily usage on BCH, just as it was in bitcoin for the most part of its lifespan, with a very strong commitment of the community to always stay ahead of the curve. The Bitcoin Cash network can handle all the traffic on the BTC network a many times over without running into the same 'high fee' problem.

In conclusion, you can make valid argument against BCH but this is not one of them. 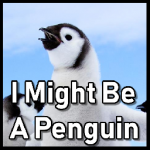 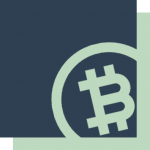 Written by
Mr-Zwets
Mr-Zwets
36
No bio yet...
10 months ago (Last updated: 8 months ago)
In community: Mythbusting(8b0b)
Enjoyed this article?  Earn Bitcoin Cash by sharing it! Explain
...and you will also help the author collect more tips.