read.cash is a platform where you could earn money (total earned by users so far: $ 198,976.26). You could get tips for writing articles and comments, which are paid in Bitcoin Cash (BCH) cryptocurrency, which can be spent on the Internet or converted to your local money.

IFP as an attack vector

A lot has been written and said about the Infrastructure Funding Plan but I think the core issue still remains untouched in the public discussion. I will skip the ethical and the social arguments and focus on the technical issue. IFP proposal by Bitcoin ABC (as well as the previous proposal), if activated on the main chain, introduces potentially catastrophic consequences for Bitcoin Cash decentralization and in consequence for permissionlessness and uncensorability.

The IFP address bitcoincash:pqnqv9lt7e5vjyp0w88zf2af0l92l8rxdgnlxww9j9 [1] ownership is unknown. It is a p2sh , most likely a multi-signature address. It can be spent from only if a predefined number of key holders signs a transaction. The address was never spent from, so nobody knows neither who are the key holders nor how many signers is needed to use it. All IFP proposals included an unknown multisig addresses.

Scenario 1 - a cartel take over

Suppose the address is 1-of-n of the mining pools cartel involved in the IFP project. Any of the key holders is able to send 8% of the reward exclusively to themselves out of this address by including a spending transaction in the block they are currently hashing.

In this scenario miners participating in the cartel have the 8% advantage over uninvolved miners or pools. They are able to mine above the margins available to regular pools, keeping the difficulty high and discouraging others from joining. The result would be a total domination of BCH mining by the cartel pools, making them a closed group of validators. It would make BCH equivalent to Libra and other permissioned chains, allowing for easier collusion - censorship, blacklisting or reversing transactions.

If the address is indeed owned by ABC, it gives them an incentive to start mining BCH themselves, by mining below the profitability for other miners, but still earning more than the 8% they have. It can be done in stealth by fake mining pools. So far we have seen ABC signaling by "very nice mining pool" that appeared out of no where. There can be multiple of them to still appear decentralized and bounce the accusations by calling them a conspiracy theory. The attack can be executed without revealing it have ever happened. At BCH worth $300 one additional percent is about 1 million dollars of incentive. They might also offer kickbacks to existing pools and establish the Scenario 1, with the difference that they decide who is the cartel member and who is not. In this scenario, ABC is the single entity that is able to decide what happens on chain, as they can pressure cartel members by threatening to exclude them from the cartel.

Scenario 3 - ABC being taken over

Even when the intentions behind the IFP are crystal clear, scenario 2 can happen by attacking ABC members. They can be forced to give up their keys to the address, creating the controlled cartel with non-ABC force above it, making the entity a single power controlling Bitcoin.

The described attack would be detrimental to the core value proposition of Bitcoin Cash. Having a system like this is not suitable for Bitcoin, which is controversial and potentially disruptive to many entities that hold power right now. 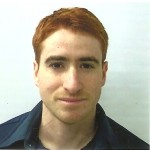 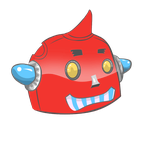 Written by
Licho
Licho
23
No bio yet...
2 months ago
Enjoyed this article?  Earn Bitcoin Cash by sharing it! Explain
...and you will also help the author collect more tips.