read.cash is a platform where you could earn money (total earned by users so far: $ 198,966.93). You could get tips for writing articles and comments, which are paid in Bitcoin Cash (BCH) cryptocurrency, which can be spent on the Internet or converted to your local money.

Somehow part of me didn't want to believe what Fred had said to me while we were in the toilet. It couldn't just be. Although Galexia isn't quite "human" but she was human enough for me so her having a sister who was now married to him didn't quite sit right but it had put me on a defensive position to protect the woman I loved.

Fred brought April to my home two days after our talk, it was the weekend so we were all home, and as soon as Galexia sighted her, she screamed and jumped on her, Fred gave me that "I told you so" look while I looked at the two ladies who literally just met. Well, to me and in this world they just met and they were sisters?

I woke up without Galexia beside me on the bed, I glanced at the clock, 06:26am. It was quite too early to be up on a Sunday morning, I thought to go back to sleep, thinking she should be downstairs in the kitchen because I heard some noise and rustling but as soon as I shut my eyes, I was thrown into a vision.

Galexia screamed from deep within the forest which I now found myself at the edge of, it was dark and the first line of trees grew so tightly together you would think they were somehow guardians of the dark forest, set to conceal what lay beyondm It was chilly and for some reason I was bare feet, I looked down, I was standing in mud and a fine must had come to form on the forest floors, I should be....what was I doing here?

I looked up at the forest again and i could hear her voice calling out to me but this time it was in my head, distant and echoing, like a siren's call; irresistible. I moved towards the trees, each step into the thick dark mud pulling my feet down like it was trying to sink me. I pressed forward and grabbed the nearest tree, the space between it and the next tree was impossible. It was a tight fit. Using the two trees as leverage, I squeezed myself though the entrance, the whispers in my head became more rampant, repeating in a steady fashion.

The words made no sense to me, I scanned the forest from inside, the guardian trees now behind me, watching to spot anything unusual but then everything here was unusual, I called out her name and I heard her scream again, jolting me back into reality.

I felt the soft bed beneath me, I looked up at the ceiling, at the fan spinning fast, cooling the room but perspiration had soaked through my clothes. I laid there unmoving, gathering my thoughts and trying to make sense of the vision I just had. Galexia was....

It hit me then suddenly. She wasn't here!

I stood up sharply from the bed and ran all the way down flying the stairs till I got to the room where April slept, it didn't register in me to knock first before I barged in, she was awake...I think, she sat upright in the bed, looking straight ahead and mouthing some words I didn't quite make sense of.

"April...?" I eased into the room, making my way gingerly towards the side of the bed where she sat. She didn't seem to hear me because she didn't move, didn't blink, didn't stop mouthing those words.

"April..." I placed my hand on her shoulder and her head snapped to look at me. Her eye were empty sockets, deep and dark and she was crying? She grabbed my hand with such inhuman force and pulled me closer so that o knelt on the bed, our faces only inches apart. I listened and what she had been saying now made sense to me.

"Shards, I don't know where I am, I'm scared. Get me out! I don't want to remain here. Get me out!" Strangely she spoke in Galexia's exact voice, the she slumped back onto the bed with a deep sigh.

I was at a loss, what do I do? Fred! Yes I should call him. I raced out of the room and up the stairs but there was a sudden banging on the front door, freezing me on a spot. I turned to face the door, too scared to move, I felt my hands shake and my heart beating hard against my chest. The banging continued, enflaming the survival instinct in me. Slowly, I made my way to the door, picking up the base ball bat which laid behind the couch. I placed my hands on the door knob and took a deep breath, I just might kill someone today.

Fred. That was Fred. I quickly unlatched the door and threw it open, he rushed in, shoving me to one side as he stepped past turning his head this way and that.

"You guess?" He shot daggers at me with that look.

He ran for the door and almost broke it in his attempt to enter, stopping half way when he saw her figure lying on the bed. He heaved a sigh and slowly sank to the floor with his head in both hands.

"She came to me and that's why I rushed here."

"You're paying a small price compared to what she's going through."

"You bastard! How can you say that to me?"

"Because it's the truth!" He yelled this time,, lifting his head to look at me. "Because I've been there! She's trapped in a forest that won't let you in!"

"It did." He gave me his full attention now, eyes widened, he got up. "It did, I entered.... She spoke strangely, something about a deal, lay something..."

Word of the day: Trepidation

"You're paying a small price compared to what she's going through."

Yaaa... I think I know where this is going to now 😋 @Ozzyy and @Hanzell 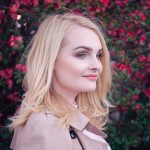