read.cash is a platform where you could earn money (total earned by users so far: $ 166,294.25). You could get tips for writing articles and comments, which are paid in Bitcoin Cash (BCH) cryptocurrency, which can be spent on the Internet or converted to your local money.

Every language have slang words. And it's fascinating to discover how different languages come up with words that makes each of them more interesting. In this article, I will share Tagalong slang examples and their meaning. Some of these words and/or phrases don't have direct definition to the English language.

Ngek is an expression we use that means 'yikes', 'eek' and other similar words. We also use this when we mean to say 'come on' when we feel they don't have to bother because it's okay.

For example: Ngek! That's all I can do to help. ; Ngek! Why'd you do that? You might get into trouble!

There are two uses of this word. One is used as a filler when we have no words to describe something. And one is used when you mean 'JK (Just kidding).

For example: Oh, whatever, you know a lot of churva in your head. ; Churva! I'm just messing with you 😅

Just like the second meaning of churva, it is used when you meant to say 'just kidding'

For example: Ano ba! Stop acting like a child!

It's derived from, 'anong nangyare?' and it means 'what happened?'.

For example: Anyare? You look like you've seen a ghost?

English speakers would say, 'Son of a b*tch'.. 'Anak ng..' literally means 'Son of a...' and Tipaklong is 'grasshopper'. Filipinos can change the subject (eg: tipaklong) to whatever they prefer like 'Anak ng Kamote(sweet potato)' or 'Anak ng Tinapa (smoked fish)' or even 'Anak ka ng tatay mo (you're a son of your dad). 'Son of a b*tch' literally means 'Anak ng puta'. Whoops, sorry for the profanity. This phrase is used to show irritation to something or someone.

For example: Anak ng tinapa! They got all the points we need to win this game!

This is when you have romantic excitement. The feeling when you fall inlove or when the one you love gives you butterflies in your stomach.

For example: It's so kilig when he asked me out. I've been waiting for him to ask since the beginning. ; Both of them are nakakakilig, I'm so lucky.

For example: Ooohh that dog is so cute, it's so nakaka-gigil. ; I'm so gigil right now, she should have stayed away when she knew he's married.

This word is used when you can't or don't want to explain something. The equivalent phrase in English is 'Just because..' or simple 'because' It can also be used when you're not sure of something.

For example: Basta, just trust me. I know what to do. ; 'I think it's the gate is red, basta when you see a gate beside the tall building, that's it. ; When someone asks you: Why are you so mad at her? You answer: Basta! (Just cause)

Oh this one is simple. It's Idol and malupet only in backwards. Malupet means extremely cool or amazing. I don't think I need to explain what Idol means, though. It's really typical for many of the Filipinos to do this. Like Nosi (Sino or 'who' in english), olats (talo or lose/loser in English), and so much more. Many also do this for their last names in social media. Fernandez becomes Zednanref, Santos becomes Sotnas, etc...

This is used same as a 'sigh'. 'Hay' is the sound you do when you sigh in Tagalog and 'hay naku' also considered as a sigh. In addition to this, 'hay naku' also an expression same as 'Omg', 'oh my', 'oh dear', 'uh oh' and/or 'arggghhh'.. And yes, it can be used as an expression when annoyed...

For example: Hay naku (arghhh), do whatever you like, I don't care.; Hay naku(omg), please be careful with this vase.; Hay naku(a sigh), it's been a long day...

Beshie is what you call your bestfriend... She is your beshie, your bestie..

For example: Lara is my beshie. ; We've been beshies since we were kids.

Jesus, Mary and Joseph. That's the simplest explanation. An expression you use when you are frustrated or shocked.

For example: Susmaryosep, what were you thinking?! Why'd you do that??!! ; Susmaryosep, did he really jumped off that cliff?!

You're saying something and you can't find the words to continue or can't get the words get out your mouth. This phrase literally means 'that thing'... it also sometimes states the obvious thing that you can't say. When I say obvious thing, it depends on what you're both talking.

Boyfriend or girlfriend. It is the same as Syota but syota is kinda offensive cause it's the short term for 'short time jowa'. Syota is like saying 'short time lover'.

For example: Is he your Jowa already? ; So, he's your syota now, huh?

Remember when I said we like to make words read backwards. Werpa means 'power'. It's used to give support to something or someone...

Keri / Carry is so different in carrying something or lifting something. When we say carry, we mean 'I can do it' or 'it's okay', 'it's all good'...

For example: It's raining so hard. Keri, I have my umbrella. ; Keri, I will reach the quota next week.

It means crazy or in the state of craziness, cray-cray...

For example: Don't be praning, he's not stalking you.

A failed task or plan due to an unexpected circumstance.

For example: She was supposed to drop by last night but she was called out at work, so, bulilyaso, she wasn't able to.

This is used when you want to borrow something. But it's usually used when you actually want to ask if you can have something instead of just borrowing it.

For example: Oohh nice pen. Can I albor this? ; Do you have extra cigarette? Can I albor one?

While albor is asking the other person nicely, dekwat is the opposite. Dekwat is when you steal something or snatch it.

For example: Don't dekwat the jewelry while she is sleeping. ; My phone was na-dekwat last night on my way home.

Dedo or tigok means dead. Literally or when you're in trouble.

For example: The leader already know your treachery, your tigok now. ; Is it true? His dad's dedo?

Wafu is gwapo (handsome) and wafa is gwapa/ maganda (beautiful).

For example: He's so wafu, I can't get my eyes off him.

Kulelat is the one in last place during a competition. The loser in general.

That's all I can think of right now. I will be updating this when remember more slangs.

Which one is your favorite? Comment down below to let me know. 😊

Thanks for reading and more werpa to all. 😅😊 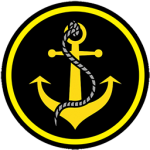 Written by
Jdine
Jdine
349
2 days ago
In community: Filipino Readers(42bb)
Topics: Language, Slang
Enjoyed this article?  Earn Bitcoin Cash by sharing it! Explain
...and you will also help the author collect more tips.

Happy Birthday to my Mahal.
Rise up, Philippines
Forgiveness