read.cash is a platform where you could earn money (total earned by users so far: $ 170,752.78). You could get tips for writing articles and comments, which are paid in Bitcoin Cash (BCH) cryptocurrency, which can be spent on the Internet or converted to your local money.

[Prompt 1] You mysteriously inherit a mansion from a long lost relative. You and your family move into the house and come to find out the house grants immortality as long as you never leave the premises. If you leave, you die.

[Prompt 2] You wake up after a night of drinking out with your friends. You don't remember much. The first thing you notice is that your hands were bound and you're on a moving carriage. Suddenly a person in front of you says "Hey you. You're finally awake"

As dusk came, I had ushered her to go back before it would be dark. I had also ask her not to meddle in the matter further, her life now wasn't something she should just waste as we did... She could still establish a life of her own. What caught me by surprise was the loud honking that woke everyone from slumber. It was barely dusk yet the noise could be heard loud and clear. It could very well be the first external noise this castle has heard in years and I don't think any of expected to see a vehicle that seemed to carry the her belongings. What was in those large bags that had wheels were beyond us but there she was, standing and waiting in front of the gate

"I want to help you escape, please" She had pleaded as she pressed her hand against the gate, ready to push it open once she was given the slightest hint of approval

My parents and sister were baffled by the sudden appearance of this woman, seeing as they've never really met nor did they know the trend of my regular activities. As far as they know, I merely went for walks but never did they expect an outsider to ever make contact with the castle nor me.

"If I can't help... can I at least stay here with you?" Was she being serious? There was no way anybody would ever want to stay immortal yet here she was, in all seriousness. Her gaze was pleading, and her tone came desperate "All my belongings are already here, just please"

I looked back at my family, they didn't seem to comprehend the situation but they were willing to let her in "If it was her choice" was all they had said before opening the gates for her to allow that vehicle of hers to bring in the items in her possession. It wasn't a lot, mostly unusual clothing. We guided her to one of the vacant rooms at the lower floor then allowed her to get settled in. The proceeding days where filled with nothing but me guiding her around the entire castle. I had known it by heart already but I was still wary of showing her that room. If anything, I was avoiding that room at all cost. I don't think she should meddle in that yet.

Almost a month since she had stayed in the castle and she had nearly seen all the rooms and corridors of that castle, all except that one room which we told her was nothing more than a storage room. In those times we told her, I always wondered if she accepted that reasoning.

The shrill cry of sheer terror seemed to say otherwise as we rushed to her aid. The source of the cry seemed to come none other than that cursed room, it was the only room in that corridor, after all. She had gotten really hard headed since the month we allowed her in, and now she's seen the source of this curse.

The moment I saw her by the door, I held her tight as my parents rushed to close the doors

"You never told me there was a corpse in this house" She seemed incredibly shaken and I could only apologize as a response. Once she had calmed down, she again asked me to accompany her to the room where Mrs. Knightley's corpse was. This time she seemed determined as she went through the papers and tried to identify all the carvings and markings that were left on the walls. A number of those she had already could identify without the books but the older ones, she had to refer to the books. It didn't even take that long before she confronted me about the corpse

"I know" As if the look of shock on her face from this morning wasn't enough, hearing me say that I had known all along seemed to be a different kind of shock. one that seemed to break her heart.

"You.. knew? You all did?" Her voice was dismayed somehow, something I had never heard from her before and without a proper response to give, I nodded then kept my gaze away from her reddening face that I couldn't tell if it was reddening from rage or from trying to keep her tears at bay

"Because I met you. We had already planned to do that 2 decades ago but the I met you. Since then I've done nothing but convince everyone here that it wasn't necessary" I had slumped to the floor, looking at anything but her face at that moment "When we had figured out that the curse was because of Sir Knightley's deal with the devil to bring his deceased wife back from the dead, and how it had turned out bad and how it eventually lead to the transfer of the curse to this house. It isn't just her that needs to be blessed, but this entire castle. We were all willing to perform a house blessing of sorts but then you showed me things of this age. I wanted to see more. And then the thought came to me, when this curse gets dispelled, what will happen to us? Would we just disappear to? or will we just stay like this forever? At some point, we all feared what would happen. We still do."

"We'll just have to take the risk... if you disappear then I'll go look for you no matter how old I become, I promise I'll look for you and if you do stay like how you are... I'll take you to see the world. I'll teach you everything and then one day, maybe we could grow old together"

"Grow old together, huh? I think I'd like that idea a lot" Fear was still on the forefront of my mind but she was right, it was worth the risk. The first thing we needed to do, however, was bury Mrs. Knightley's body. Something we had all dreaded to do. But now we were determined.

on the agreed date, we took the body from the bed and carefully placed her in a grave we had dug out by the orchards. It was her favorite place when she was still alive and we figured it would be the most fitting place for her to lay to rest. We had managed to pray for her with the prayers that we knew. The proceeding day, our new resident had decided to go out to look for a priest, one that would be willing to bless the castle. My sister and I stood watch at the gate as she crossed the line that had served as our border from the outside world. She didn't disappear, there definitely was hope for her.

It took perhaps a few days but as she saw her figure emerging from the woods with what seemed like a priests, we were more than joyful that she had fulfilled her promise of returning along with the priest that seemed to have been tired out from the long walk through the forest.

One last chapter then I'll work on reaper ;;-;; I just wanted to finish this before I go back to the dorm 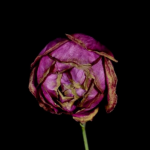 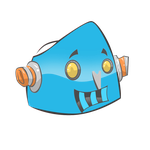 Written by
Hanzell
Hanzell
377
Art. Science. Nature. Culture. A good cup of coffee. Those give me life
1 week ago
In community: Stories in Series(99cf)
Topics: Story, Writing, Blog, Short Story, Tale, ...
Enjoyed this article?  Earn Bitcoin Cash by sharing it! Explain
...and you will also help the author collect more tips.

Sweet revenge
Old sketches to share
Go with me?