What I'm going to share wasn't even part of the normal lesson. During one of our breaks, the professor chatted with me about a short story I'd written. He wanted to discuss the ending of my story. I guess back then I always felt like a story needed to end with something momentous, preferably with some kind of plot twist, like at the end of The Sixth Sense.

The professor tried to explain that I didn't have to resort to such tricks to end a story and asked if I'd ever heard this old Chinese proverb about the rowboat on a lake. No, I don't think so, I said, and he told me he wasn't sure it was an old Chinese proverb or not, but it was something he'd once heard and thought it would be useful to me.

Imagine you're rowing a rowboat in the middle of a peaceful lake. The oars dip in and out of the water with each pull, until eventually, you stop rowing. But even after you've stopped, the boat continues moving across the water's surface, carried along by its forward momentum.

"That's what true poetry is supposed to be like. Even after the last word, a poem should continue on in the reader's mind," he said.

Maybe this isn't that profound to you, but I remember smiling at my professor like I understood something for the first time. 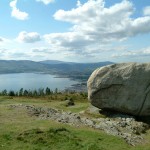 Sponsors of Cain
empty
Become a sponsor
Get sponsored
Enjoyed this article?  Earn Bitcoin Cash by sharing it! Explain
...and you will also help the author collect more tips.

Testing the new read.cash points system
To my friends who want to know why I'm so pro BCH
The Blockchain.Poker Chronicles #3
About us Rules What is Bitcoin Cash? Roadmap Affiliate program Get sponsored Self-host
hello@read.cash (PGP key) Reddit