read.cash is a platform where you could earn money (total earned by users so far: $ 198,967.82). You could get tips for writing articles and comments, which are paid in Bitcoin Cash (BCH) cryptocurrency, which can be spent on the Internet or converted to your local money.

Written by
Cain
Cain
604
Bitcoin ABC supporter who likes to write.
2 months ago

Do I know for a fact that Amaury is going to lead Bitcoin Cash to the promised land? No, of course not. But I do think he's the best shot we have. Maybe even our only shot.

Let me start by saying that I'm not here to deify anyone. I don't worship at the feet of Amaury, but I do have a great deal of respect for him, which is why I asked him on Telegram the other day what he thought was going to happen in November.

The answer he gave me was typical Amaury. He said there was "objectively no way to know".

In other words, he was being honest, which is both something this industry badly needs more of, and something Amaury doesn't get nearly enough credit for.

Amaury isn't perfect. He'd be the first to admit he's made mistakes. But I've never seen Amaury be intentionally dishonest, which is more than I can say for some BCH leaders. We even have empirical evidence of his honesty when he refused to accept the money from OKCoin due to the questionable nature of their fundraiser.

But I understand it takes more than just an honest person to be a great leader. So I asked myself what does it take? And I realized that sadly this is a question I've never really asked myself before. Probably because I've never found myself looking for a leader to begin with. It's why I've never cared who my president was, or my state senator, or governor.

I also never understood those people who donated their money, or volunteered their time to support a candidate and their campaign since I'd never felt inspired in that same way.

Even throughout my career, while I have worked with people I respect, I can't say I've ever had the good fortune of working for someone who truly inspired me to be my best.

Maybe I only have myself to blame because I just wasn't looking, and so I never found it, until I found Bitcoin Cash.

For the first time in my life I find myself wanting to volunteer my time and money to support a team and their cause even when I have little to gain other than a sense of personal satisfaction.

Another way of putting it might be that I found my passion again, and the person most responsible is Amaury Séchet.

I know some people accuse me of being in a cult, but they're wrong. I support Amaury because I believe in what he's trying to accomplish, because I share his belief in the Bitcoin Cash mission, and because I am confident he can be the leader that Bitcoin Cash deserves.

But in no way am I here to act as an Amaury apologist. I will be the first to admit my mistake if Amaury ends up proving me wrong. But until then, all I want to do is fight for what I believe in through the power of words, words that some people apparently don't want you to read:

Before I fell down the Bitcoin Cash rabbit hole, I didn't think I needed a leader because I didn't know there was something worth fighting for. Now I do.

I believe the window of opportunity for Bitcoin Cash is fast approaching, and we may not get another chance like this for a long time. As governments around the world continue to print more and more money to bail themselves out, we must position Bitcoin Cash to be ready to serve as a viable alternative when the time comes.

We need to build infrastructure now. We need to realize that Bitcoin Cash is preparing to go to war against the traditional financial system. And I don't know about you, but if I'm going to war I want a general who can lead us to victory.

I understand the desire to be part of a system with no leaders, but I think you're looking at it all wrong. Bitcoin Cash has given us an opportunity to choose our leaders but still keep our sovereignty because anyone can always choose to leave or rejoin the network at will.

I don't work for Amaury, but over the past couple of years I've watched enough of his presentations, listened to enough interviews, not to mention all the times I've interacted with him on Twitter and Telegram to be able to imagine what it might be like if I did work for him.

I imagine it would be the equivalent of working for someone who knows what needs to be done and isn't afraid to do what it takes no matter how difficult it might be.

Let me give you another example. The other day I read Bitcoin ABC's transparency report for September 2020. In it they mention that Bitcoin ABC recently hired three new software developers, one who started in September, and two more who started this month. I couldn't help but see this as encouraging news and mentioned it to Amaury on telegram. Maybe I was fishing for information, hoping he knew something I didn't, but what he said was, "We got to plan for success."

When I read his response I couldn't help but smile, not only because what he said was true, but also because he was, as usual, one step ahead of me.

During my time in this community, I've encountered many smart and passionate people. As much as the technology itself, it's these people who have kept me wanting to stick around. But as smart as some of you are, no one has made me see things from a different perspective more often than Amaury. I once tweeted that one of the things I love most about Bitcoin Cash is how much it makes me think. Well, if there's one person who has made me use my brain more than anyone else, it's Amaury.

Whether it's introducing me to the idea of the bozo explosion, or the Dead Sea effect, or mistake theorists v. conflict theorists, I feel like I'm always learning something useful that I can try and incorporate in my own work.

Basically, I think Amaury is someone worth listening to, and I know I'm not alone in feeling this way:

"My diagnosis as a tech auditor who has been auditing dozens and dozens of start ups is that Amaury Séchet is the CTO you can almost never afford. I've met dozens and dozens of CTOs. We're talking about the highest percentile of the most talented people. Talented on two fronts. Basically smart, and gets things done. It's very rare to have the combination of both."

Smart, and gets things done. Who wouldn't want to work with someone like that, especially if that person is also honest and unafraid?

But there's one more thing.

In addition to everything else, with Amaury we're talking about someone who passionately believes in what he's doing, working on a project with stakes as high as they can get. We're not talking about a guy whose dream is to open a new restaurant, or build a new kind of car company, or even a decentralized world computer.

Amaury's mission is to create a new form of money that can bring greater economic freedom to the world and change civilization as we know it.

Someone recently suggested on Telegram that people like me are nothing more than keyboard warriors, just another larper who writes articles and only pretends to support economic freedom. And to a degree they are right. I'm someone who chooses to hide behind an anonymous avatar so that if this Bitcoin Cash thing doesn't work out, I can easily return to my normal life and not deal with any potential repercussions.

But that's not the case for Amaury. He doesn't hide behind an avatar, he's the guy who you see rocking a black and yellow ancap hoodie on stage when giving presentations.

Bitcoin Cash is his creation, and he's not afraid to have his name and reputation tied to this project.

In many ways I believe he is the embodiment of what Bitcoin Cash is all about, a system built upon the idea of proof of work. If we can't properly incentivize someone who has proven his work for three years running, the person who deserves the most credit for creating and maintaining this network we all hold so dear, what does that say about the culture we are building? Imagine a system where miners expend resources to find the next block, but when they do, instead of being rewarded immediately they're supposed to make their case and beg for donations. That's not a a chain that I would want to mine.

Like I said at the start, I have no idea if Amaury can get us to the promised land. But I believe he has all the qualities to be the leader that Bitcoin Cash deserves. He's honest, bold, smart, gets things done, and he believes in the mission. Let's stop fighting one of our own, someone who doesn't even hold any power over you, and work together to fight against those who do. 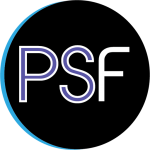 Written by
Cain
Cain
604
Bitcoin ABC supporter who likes to write.
2 months ago
Enjoyed this article?  Earn Bitcoin Cash by sharing it! Explain
...and you will also help the author collect more tips.

Terrace House
An Open Letter to Brian Armstrong
"Why do you work so hard on this stuff?"