I was sitting there minding my own business when this girl sitting at the table next to me leaned over and glanced at my screen.

"What's that you're looking at?" she asked.

"Excuse me?" I said, mostly out of confusion because I'd never sat in a cafe and had a random stranger talk to me before.

"It looks pretty technical," the girl said pointing at the trading view chart I'd been staring at.

The girl had this big smile on her face like she was saying, "come on, just humor me". It certainly didn't hurt that she looked a bit like a young Audrey Hepburn.

"It's a price chart for Bitcoin Cash," I answered, though I wished I'd been looking at something a little cooler.

"Kind of," I said, surprised that she knew anything about Bitcoin at all.

"What do you mean kind of?"

"You really want to know?" I asked.

"Actually, I did know that. I heard they disagreed about expanding the business or something."

"What else did you hear?"

"Yes, that's exactly right. So the two brothers started Mike & Joe's Coffee and put in their blood, sweat, and tears to make it succeed. And then when it became obvious they needed a bigger space to serve more customers, Mike didn't want to because he thought it would ruin the business somehow, and he was afraid of change. Meanwhile, Joe thought why not lease out a much bigger space and let everyone enjoy our coffee? We could serve more people, and with more volume, we could lower prices, provide more amenities, and that's how Mike & Joe's Coffee 2 came to be."

"It's a lot more complicated than that, but that's the gist."

The girl looked around the cafe, which was mostly empty, while you could see across the street there were dozens of people lined up out the door of the smaller Mike & Joe's.

"Well, it looks like maybe the brother over there was right," she said.

"Maybe, but this cafe hasn't been open that long, and it's had to deal with a lot of bad mouthing from the owner of the original cafe, so those customers have refused to come try this place out, but I'm pretty sure that's going to change soon."

"Well, we're upgrading this place all the time, and eventually, I'm hoping people will see how much better it is over here."

"Wait, are you the Joe that owns this place?"

"Wow. Well, it took guts to do what you did. And I personally like the coffee better here. Plus I don't have to wait in line, and there's always plenty of seats," she said, smiling.

"Thank you. I just wish there were more people like you," I said.

"So what kind of stuff has your brother been saying to his customers about your place?"

"He's telling people we're just a cheap knock-off, and that I'm trying to trick people into coming here when they really intend to go there. He's pissed off that I named the place what I did, but we built the brand together, and it's not my fault he changed his mind about expanding. He said if I wanted to expand, go right ahead, so I did."

"So now let me ask you another question."

"Why are you looking at a Bitcoin Cash chart?" 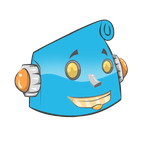