Written by
Adeilton_Filho
Adeilton_Filho
6
I am a Brazilian economist and enthusiast of cryptocurrencies.
9 months ago
In community: Bitcoin Cash(e11c)

We all know that, to some extent, the value of a currency is related to its use, therefore the number of transactions made, as well as the increasing ability to handle more and more transactions to maintain their potential value. After all, cryptocurrencies should first of all offer the ability to process transactions that meet the demand, like a real peer-to-peer electronic cash system.

This is a big challenge, but the BCH has so far been developing very satisfactorily. Some billion dollar credit card networks could already have the demand for their customer transactions supported by the BCH blockchain. In this text will be analyzed which credit card companies that BCH could be a strong competitor.

The first credit card network to be compared is Discover Financial Services, which operates the Discover and Pulse networks, and owns Diners Club International. Discover Card is considered the third largest credit card brand in the United States, when measured by current cards, your market cap is $ 26.03 Billions.

The second company to be compared to BCH is JCB, which is a credit card company based in Tokyo, Japan. Its market cap is $ 96.85 billion.

The third card company to be compared with BCH is American Express, which currently has a market cap of $ 105.39 billion. certainly one of the most valuable brands in the world.

Diners Club International, together with Discover Card, processed in 2018 worldwide 2.8 billion transactions. According to data from the Statista website, therefore, it can be inferred an average of 88 transactions per second.

The calculations in this text disregard how quickly BCH can process blocks and send them. Therefore a hypothetical demonstration of its potentiality.

The table above shows that BCH is able to surpass by up to 28 transactions per second demand from Diners Club and Discover Financial card customers.

Using the average transaction size over the last 30 days of BCH, which was 384.30 bytes. It would offer an ability to meet, with a surplus of 23 transactions per second, the demand for JCB card customer transactions.

Finally, the table above shows that only 16 transactions were missing to meet the demand from customers of the American Express card company. In a situation where the BCH average transaction size was 226 bytes.

Thus you can see the important advances that the BCH system has made in recent years. It is noted its growing potential to establish itself as a common currency in the future and a free tool for daily payments by a significant amount of people around the world. 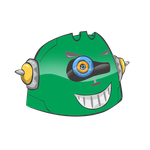 Written by
Adeilton_Filho
Adeilton_Filho
6
I am a Brazilian economist and enthusiast of cryptocurrencies.
9 months ago
In community: Bitcoin Cash(e11c)
Enjoyed this article?  Earn Bitcoin Cash by sharing it! Explain
...and you will also help the author collect more tips.