read.cash is a platform where you could earn money (total earned by users so far: $ 171,153.38). You could get tips for writing articles and comments, which are paid in Bitcoin Cash (BCH) cryptocurrency, which can be spent on the Internet or converted to your local money.

Say 'NO' to Impossible

Written by
kFatema
kFatema
153
Hlw guys!I m here to share something and become part of urs😍 and i am going to be doctor s... [more]
3 months ago
In community: Mind, Perception & Thought(c7a5)

Because of man is the best creature in the world, many impossibilities have been made possible for man.. Being, will be..Which is not possible for any other animal. And those who hold this belief in their hearts and minds, and apply it in practice, are successful people.

But before doing any work, you have to think about how much you have the ability or qualification to do that work. If you work according to your own ability, success will come.

So get to know yourself well first. I see most people, when they fail to do something once or twice, they assume that it will never happen again. As a result, he failed. He loses to himself. Patience is the key to success, but most people do not want to do it once they have failed. The real reason is that we expect much more success in a very short time. But we forget that the world's most successful people have not succeeded after much pursuit.

If you want to get more success in life, you must have some good qualities in yourself. Such as:

There is a connection between inner feelings and outward actions. Success can only be achieved if this formula is successfully applied in the workplace. People fail when there are exceptions to this. Getting respect from others, winning the hearts of others, becoming a believer in others can be achieved through self-esteem.

CONFUCIAS said, "If you lose your self-esteem, you will lose people's respect." Be generous, be selfless, be able to win people's hearts. Be truthful, people will believe. '

Once you lose a task, you have to come out of the thought that you can't succeed anymore. It is to be mentioned that-

Would you call it a failure?

After overcoming thousands of obstacles in his life, he came to the last age and reached the pinnacle of success by becoming the president and said, "Defeat does not mean the end. The journey just got a little longer."

Finally, I am concluding the article with a well-known Bengali proverb- 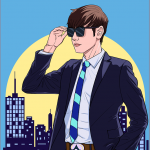 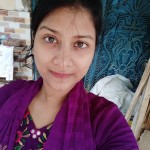 Sponsors of kFatema
empty
empty
Become a sponsor
Get sponsored

Written by
kFatema
kFatema
153
Hlw guys!I m here to share something and become part of urs😍 and i am going to be doctor s... [more]
3 months ago
In community: Mind, Perception & Thought(c7a5)
Enjoyed this article?  Earn Bitcoin Cash by sharing it! Explain
...and you will also help the author collect more tips.