read.cash is a platform where you could earn money (total earned by users so far: $ 198,467.47). You could get tips for writing articles and comments, which are paid in Bitcoin Cash (BCH) cryptocurrency, which can be spent on the Internet or converted to your local money.

"Who controls memes, controls the Universe"

Elon Musk is one of the smartest and hardworking people that I have ever known. He has SpaceX, Tesla, Boring Company, and Hyperloop companies to direct the future of technology. Until now, Elon has always been the naughty but clever boy of the house. He always found a way to impress people believing in him. These ideas and words inspired millions of people.

But this time, I do not talk about his projects. He shared his opinion about memes.

The description says: "An image, video, piece of text, etc., typically humorous in nature, that is copied and spread rapidly by Internet users, often with slight variations"

Well, we can summarize as something that we find humorous in social media. Why does he take them so seriously? As long as they do not target a race, gender, or ethnic group, how can they control the Universe?

Before these memes became popular all around the world, Facebook posts with "😂🤣🤪" faces were the ancestors of them. Though they were not funny, they were highly popular. However, during their era, the memes or humorous posts did not have an impact on the minds of people as they did not serve for such purposes. Yeah, fake news had been spread worldwide to impact people but memes were innocent.

In this era, there are working groups who are following the trends to create memes for companies and organizations. These people are paid for creating content based on popular fashions on the web. They know the importance of every single day, follow posts on specific hashtags, and create up-to-date content based on the current trend.

Are There People Manipulating Memes?

Now that memes are getting popular day by day, are there minorities spreading viruses to our subconscious minds?

Subliminal messages are some of the online weapons used by some groups. What about memes?

Before laughing at a meme, I try to understand the rationale behind it. Who did it and what was the purpose of him/her? Is it just for fun or is there any message that is imposed on our subconscious?

Internet is a place where anyone can blow your mind with fake news and visual/audio selections. Try to be cautious against sharing with bad intentions. Try not to be exposed to something wrong while laughing because that's what could be the intention of some groups. While laughing at something, your brains lower its barriers and you become more vulnerable to insidious attacks.

This post just created to cause a spark in your minds. Always question and be cautious. Your ideas matter! They shape your behavior, life expectancy, and value system.

Thank you for allocating your precious time. 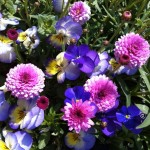 Sponsors of idiosyncratic
empty
Become a sponsor
Get sponsored