Peer to Peer Crowdfunding - Now Easy to Create a Campaign

About one month ago, Corentin Mercier made a commitment to implement the first of the three good next steps for Flipstarter.

What does it change for campaigners?

Now campaigners have three options to run their own campaign on their own domain, for example MyCampaign.MyDomain.com or MyCampaign.org.

The easy option uses a one-click-deploy system from Digital Ocean. You have to sign up for an account there and you can manage the whole process in your web browser.

The advanced option makes deployment very easy for web developers who prefer to run things on their own servers. This makes Flipstarter literally available to anyone in the world with access to a server. Web developers even have a choice of docker or direct nodejs deployment.

The hire someone option points to Corentin Mercier's consulting site where you can arrange with him to deploy everything for you.

What does it change for campaigns?

This update includes no changes to the Flipstarter campaign process.

For the campaigner, it still requires hard work to make a solid plan, build trust with potential donors and raise awareness of the campaign.

For contributors, the pledge process is the same and still requires the plugin as before.

We hope to see many excellent campaigns put together and published in the near future. Also beware of scammers - there will certainly be some. If you cannot verify the identity of the campaign operator through cryptographic signatures or some other method like mentions on an official website, you probably should not contribute. Please be careful.

As for Flipstarter, you can read about the three good next steps that we set out after the node campaigns. One down, two to go. We have not talked with anyone who is planning to implement the next two steps, but it could be you! Please join us on the Flipstarter telegram.

Thank you again to Corentin for implementing this great step, to the Flipstarter donors whose generosity covered half of the cost, and to BCHN which covered the other half of the cost to fulfill part of its original campaign plan. 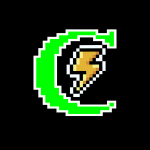 Written by
flipstarter
flipstarter
123
bitcoincash:pq2pn6aj5stt6k9pk7amz73hfgyp0sjqlsg69ed5yt
2 months ago
Enjoyed this article?  Earn Bitcoin Cash by sharing it! Explain
...and you will also help the author collect more tips.

谁来创建募资平台？
$1,000,000 in 5 months. Stakeholders continue to invest in the commons using Flipstarter.
点对点众筹：简单几步，发起募资