"If life give you lemons, mint a token."
keepBitconFree.org (Circa 2019)

What started being just a DIY project to be updated about your addresses transactions and crypto-to-fiat conversion, might be growing too much, is on those cases where you must stop and think about preparing your projects for growing up further.

Thousands of ideas are passing through my head: caching funded addresses to reduce bandwidth consumption, support to several REST API services for availability, error handling, SLP token support... But the last project structure is improvised and as an improvised structure, it does not scale well.

Planification for a new structure

So I've been scratching a structure that allows us to add more features in the future, but it's also ok, to begin with, the UML diagram is just pretending to follow the standard, but as long as it is understandable for a software developer, he'll be able to code this into any programming language that can work properly with this kind of structures.

The represented structure is made as if it was for C++ because it is the language I'm using every day but as I told before, it can be implemented in any other compatible language and, with several limitations, Tasker it's one of those.

What we can see on the structure is that there is a Class named as TaskerBchSdk meaning "Tasker Software Development Kit (SDK) for Bitcoin Cash (BCH)" and it's methods are as it follows:

In the next part, we'll learn how to structure our Tasker tasks into programming interfaces so we don't have to deal with large lists of tasks.

Special thanks to Blockchair.com for providing an API key.

Part 2 : How to prepare an interface in tasker 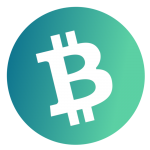