Thoughts on "Store of Value"

Given the current market predicament, I see a lot of people on Crypto Twitter talking about their favorite - or disliked - cryptocurrencies and pointing at the "Store of Value" or lack thereof.

A lot has been written about this attribute by others, but I'll briefly mention a few points that stand out to me.

2. No-one knows if cryptocurrencies we have today are going to store value well in the sense given in (1). We speculate, but we don't know. Let's take BTC. It now sits in a sea of competing cryptocurrencies, many with their own unique selling points and strengths. Crypto also sits in a sea of fiat currencies entangled in a complex global financial system which looks like a spider's web of giant debts (or a house of cards if you prefer). Fiat currencies that I didn't expect to lose huge amounts of value in my lifetime have done so. Others may follow simply as a result of shocks elsewhere in this complex system, or attacks by predatory financiers. So I'm not even going to pretend that I believe we have very stable fiat currencies against which to compare these "new" cryptocurrencies. When I was younger, I got the talk from my father about the effects of inflation, how it eats away at the value of currency. It took living some years to fully appreciate the effects. I guess many of us are in crypto precisely because we are sick to death of inflationary fiat currencies, and the lack of control and self-determination imposed by the legacy financial system. We've probably looked at things that are relatively scarce and seen them hold value better than fiat money. Assets like real estate. Although that value is subject to many other changes, from environmental to social. The point of this second bullet is probably to say it's pretty hard to find something to evaluate against in the long term. Unless you're an AI from the future running a corporation, your human life, like mine, is still very much finite and you're not going to look much further than to the next 100 years.

3. Instead of looking into the future without a crystal ball, I think any "store of value" discussion is better served by looking at the past, because that's where the data is, and we don't need to consult oracles. Cryptocurrencies - all of them - are still very young, and the ride in terms of valuation compared to other things has been bumpy. If we're honest, none of them have really proven themselves to be better as a store of value than fiat yet. Ok, but what about those lucky few people who invested early in Bitcoin and made huge gains? Surely they prove that it's a great store of value? No, of course they don't. It's ultimately about how well it stores value for you individually, and in aggregate for the masses. Not only for a fortunate few, though they may consider it a good store of value. Doesn't mean many others necessarily agree - and whether it's truly a good store of value is indeed premised on agreeing about this. Right now the whole crypto market is still a pitiful fraction of the whole pie of that which can be valued in the world. We should not be so presumptuous to assume that the vast majority who doesn't own any cryptocurrencies yet, will see the same value in what a few early adopters did.
Nor can cryptocurrencies take the mantle of being a decent SoV for themselves based on what is a short historic record where even the next 10 years still look highly unpredictable. What matters next is how well cryptocurrencies prove their utility to those who are skeptical about their value. I predict that hodling isn't going to cut it on its own. Outcompeting legacy payment systems, supporting innovative new businesses models and rejuvenating existing ones through increased profit (routing around the crazy cruft and rent-seeking of existing financial intermediaries)... these are the things that will convince the world that crypto isn't a fad, that it has actual value, and that acquiring and using it is worthwhile. 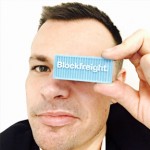 Written by btcfork
83
m
Bitcoin has forked to preserve its quality as "peer-to-peer electronic cash". Forking is a... [more]
4 months ago
Topics: Bitcoin Cash, Cryptocurrency, Bitcoin, Economics
Enjoyed this article?  Earn Bitcoin Cash by sharing it! Explain
...and you will also help the author collect more tips.