read.cash is a platform where you could earn money (total earned by users so far: $ 166,676.66). You could get tips for writing articles and comments, which are paid in Bitcoin Cash (BCH) cryptocurrency, which can be spent on the Internet or converted to your local money.

Documentaries To Watch On Netflix

Written by
bmjc98
bmjc98
210
I tell stories.. about myself, struggles, and my depression.
1 month ago
In community: J&S Posting Rewards(be00)

Do you watch documentaries? If that's a YES, then this article is for you. Here, I'm going to share with you all the documentaries I've seen lately. Most of these documentaries are crime-related stories, but a few aren't. So if you like documentaries as much as I do, then here is a full list that you might want to watch this weekend.

#1 - American Murder: The Family Next Door

This is a true-crime documentary that tells the story of the Watts family murders, which took place in Frederick, Colorado, in 2018. It uses archival footage, including law enforcement recordings, social media posts, home video footage, and text messages to depict the events that occurred.

#2 - David Attenborough: A Life On Our Planet

It is a powerful first-hand documentary of humanity's impact on nature and a message of hope for our future generations. It features a compilation of sequences not just from BBC America's 'Planet Earth II', but is also from 'Blue Planet II' with new narration and music.

It is a 2020 documentary film that revolves around Cyntoia Brown, who was only 16-years-old by the time she shot and killed Johnny Michael Allen in 2004.

Also known as Forever B, is a true-crime documentary film in 2017. It covers the kidnappings of an Idaho teenager, Jan Broberg Felt, who was abducted by her neighbor and a family friend, Robert Berchtold, in the 70s on two different occasions.

It is a documentary that follows Taylor Swift and her life over the years of her career. A raw and emotionally revealing look at Taylor Swift, the film shows a transformational period in her life as she learns how to embrace her being a popular American singer-songwriter/ performer role, but as a woman who's taking the power of her voice.

It is an American documentary series that explores the unsolved murder of Catherine "Cathy" Cesnik, a nun, in 1969. Cesnik was a teacher at all-girls Archbishop Keough High School in Baltimore, where she taught English and drama. When she died, her former students believe that there was some kind of a cover-up by authorities after Cesnik knew something about the priest at the high school, A. Joseph Maskell, who was sexually abusing the students at that time.

It is a true-crime documentary about the horrendous death of Brian Wells, a high-profile incident in 2003, which referred to as the "pizza bomber" or "collar bomb" case.

It is a documentary film starring John Shepherd that tells the story of John himself, who believe there are aliens out there and tried to contact them by broadcasting music into space for more than 30 years with his very own state-of-the-art broadcasting equipment.

A documentary on how Queen discovered Adam Lambert as well as how Adam took over as the frontman for the rock group Queen from the legendary Freddie Mercury.

It is an American documentary that follows the lives of several women age between 18- to 19-year-old pornographic actresses.

#11 - Conversations With A Killer: The Ted Bundy Tapes

It is an American documentary that reveals both the interviews and archival footage of a serial killer and rapist, Ted Bundy, as well as interviews with his friends, family, law enforcement members, and a surviving victim who luckily managed to escape in the hands of Ted Bundy.

It is a documentary that tells a story about an English family that was involved with a religious group called the Children of God. The family flew all over to Portugal as instructed by their leader, who only spoke to his members through some comic-book that later turned into a creepy-porno comic-book. Women were convinced to always be available for any male group members in times of physical needs.

**All photos are free images from Unsplash. 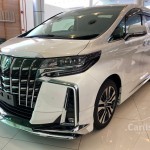 Sponsors of bmjc98
empty
Become a sponsor
Get sponsored

Written by
bmjc98
bmjc98
210
I tell stories.. about myself, struggles, and my depression.
1 month ago
In community: J&S Posting Rewards(be00)
Enjoyed this article?  Earn Bitcoin Cash by sharing it! Explain
...and you will also help the author collect more tips.

How To Read.Cash?
How To Cope Up With Disappointments
Back To The Plan